Sorry for the silence

My last post here was on May 1, a relatively standard update on my goals. But in a lot of ways things kind of went to crap after that, and I haven’t really felt inclined to write. But Sam’s been on my case for a while, and so here’s an update.

My silence this summer was mostly the result of a number of stressful things, all piling on. My friend Lisa got sick early this year. She was diagnosed with amyloidosis and multiple myeloma in April, and by July she was gone. She was 43, and she had been a huge part of my family’s life for 20 years. Her influence was enormous, and included simple things like grabbing a few beers to complex things like organizing several family vacations. She was a constant source of fun and adventure, a cool aunt and a big sister and a fellow beer drinking cyclist. I kind of want to write more, but it’s hard. I’m going to miss her forever.

Meanwhile my wind project in Michigan had been dragging on almost forever, and finally died in a township level referendum vote at the start of May. This could have been a relief, as I had been stressed out about the project for several months, but it merely led to the emergency development of an even more stressful, constrained timeline project. This is an ongoing source of frustration, but I’m doing my best to keep it moving.

That all combined with more work-related travel than usual, which will probably continue through September at least. And to be frank I am very much over airline travel of any kind. Flights, hotels, car rentals, fees, delays, traffic.

So from May through now I’ve fallen way behind on my goal for running distance, and I’ve gained 10 pounds. So much for all those well-laid plans from January. I’m still running, and I’ve been riding my bike a lot, but nothing went to plan.

But I don’t want to dwell on all the bad times, because there was good too. And I want to highlight that and let you all know how much I love you and wish we could spend more time together.

My brother and sister in law visited in late April. Diana was here for a conference, and Jeff joined later in the week to stay the weekend in Denver. They rented a cute house just outside of downtown.

We did a short hike on Saturday morning at South Valley Park in Jefferson County. The park is a favorite of mine, with easy trails, nice views, and cool rock formations. We also visited several Denver breweries, including Great Divide, Wit’s End, Wynkoop, and Vine Street. The only downside was that it rained all day Sunday. 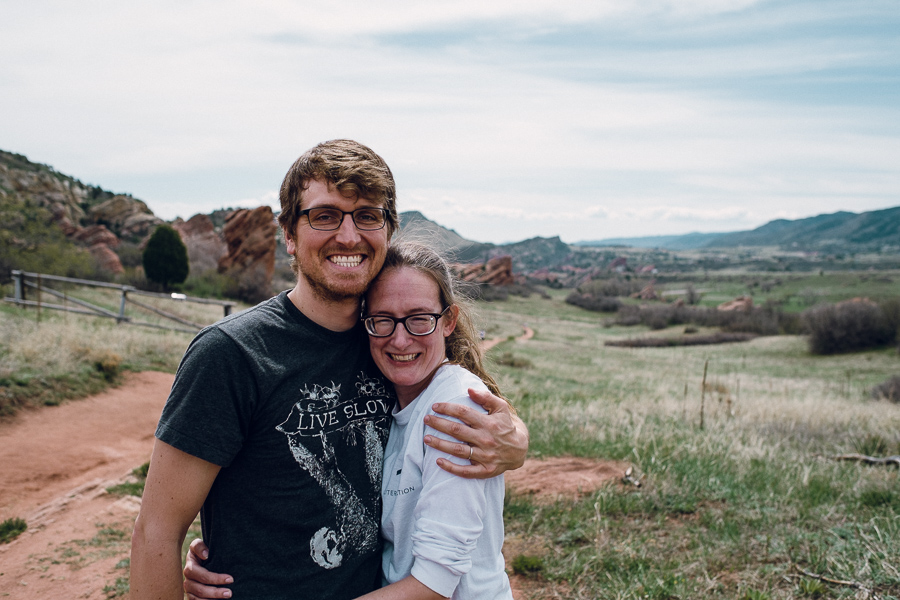 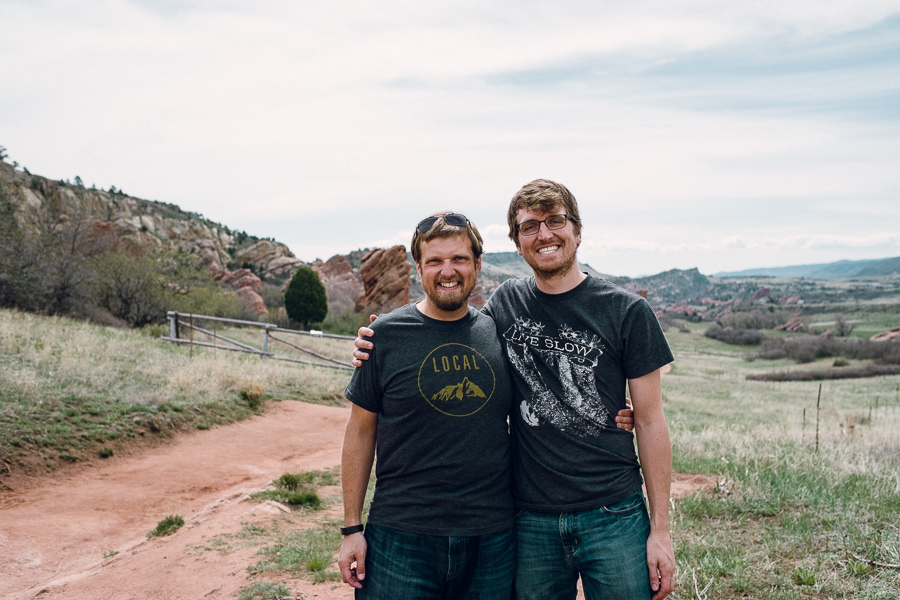 May: I ran into John and his kids after a bike ride

This one was unexpected but rather wonderful. I had been planning to go on a long gravel ride all spring, and was just waiting for some non-rainy weather so the roads would actually be firm. Eventually in early May we had a Saturday that, while the ground was still a little wet, was dry enough to ride. 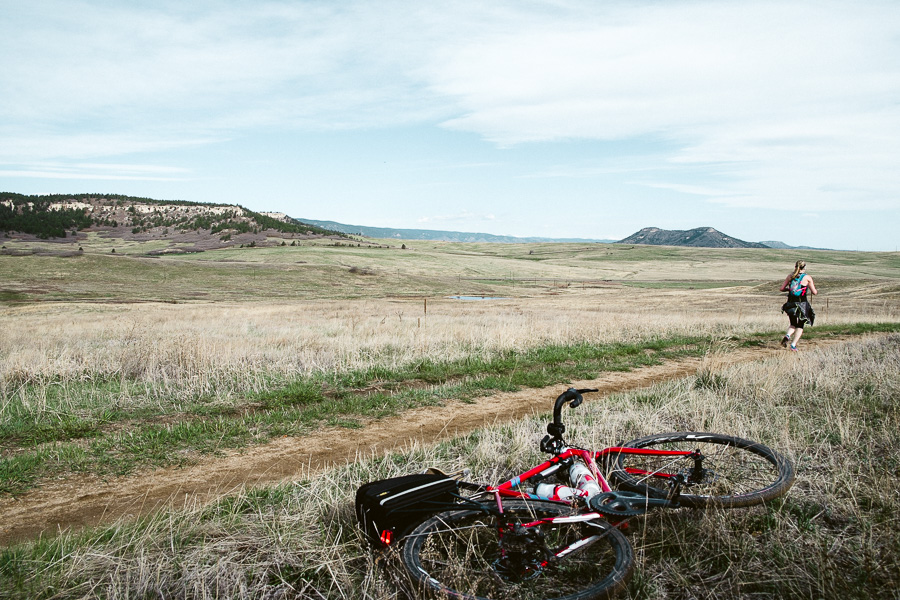 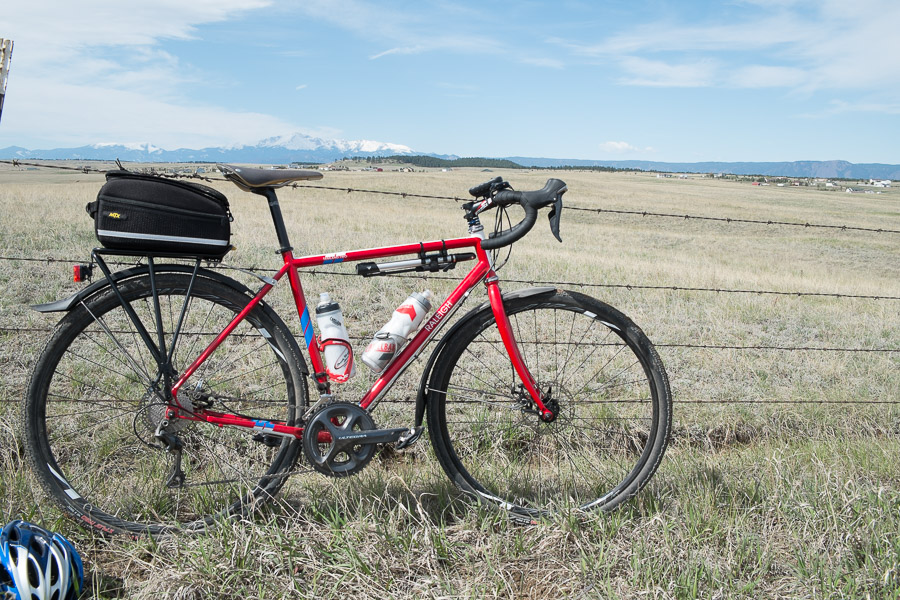 I drove down to Monument to a trailhead on the New Sante Fe Regional Trail. From there I rode my Raleigh Tamland north to Palmer Lake, then followed the trail to the northeast for a ways. After that I just headed east on the gravel roads for a while, before turning south to make a long loop of the day. 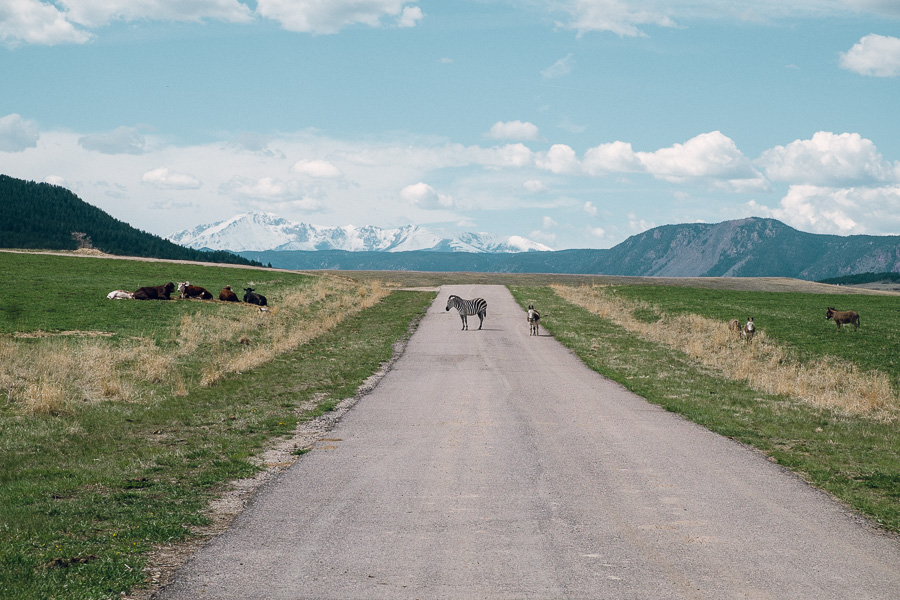 Along the way I saw very few people, several ranches, some cattle, and a zebra. I saw two other cyclists all day. The sky was cloudy but the sun was out. In many ways it was a perfect day, other than the still damp gravel which took a lot of speed off the ride. I finished around noon, and headed over to the nearest brewery to grab a beer and some lunch.

Unexpectedly, amazingly, my friend John walked in with his daughter Mari and son Victor right as I was getting my food. John lives in Colorado Springs, and we were both quite a few miles from home. We had a couple beers together and played chutes and ladders with Mari (who won). This was quite seriously one of the highest highlights of my whole summer. 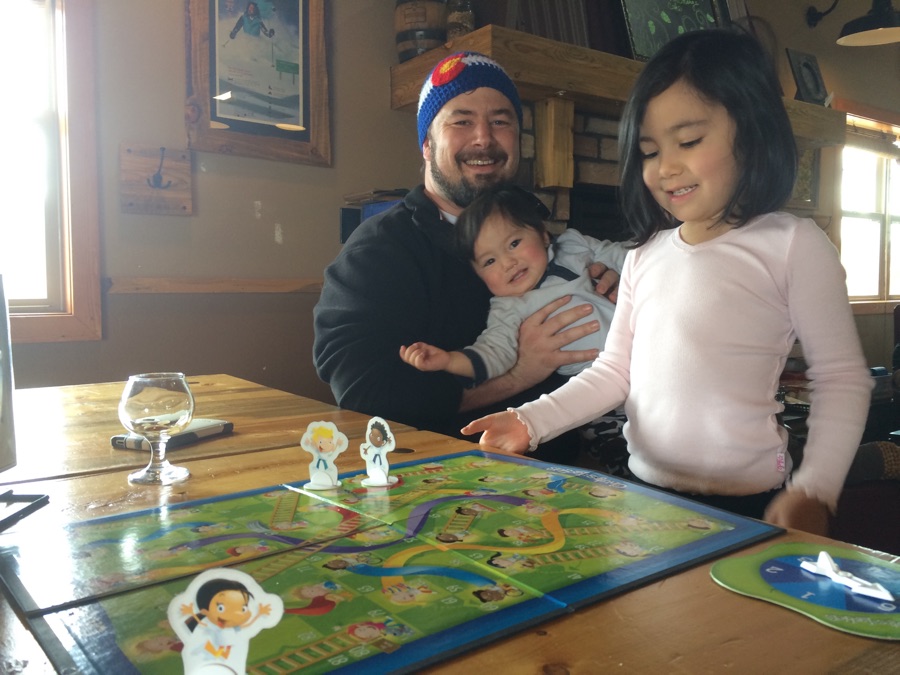 May: Michael got married, and I saw Victoria and Hilary

I had a lot of trouble finding a reasonable flight to Kansas City for this Friday evening wedding, so instead I got in the car and drove to my aunt’s house in Topeka on Thursday night. The wedding was way out in the country southeast of the city at a pretty neat place.

On Saturday I joined my family for breakfast at a cool place my little sister found, then we went over to Boulevard for a beer tasting and a short tour.

Surprisingly, Hilary was in town to see Victoria the same weekend, so after the Boulevard tour I joined them for dinner and drinks on Saturday night. I got to meet Victoria’s boyfriend Jordan, and we went to a barcade downtown. Then we played Cards Against Humanity and had a few drinks. Sunday was a lazy start, but I got coffee and Hil made some tasty biscuits before I got in the car to drive back to Denver.

May: Camping in Washington

For Memorial Day this year I flew out to Seattle to go camping with Alex and Danielle. We drove from Redmond east over to Leavenworth, then up into the hills in the Entiat area. We took the two Jeeps up to a sweet campsite and had a nice easy evening with a campfire and a few beers.

The next day we explored the forest roads, and did a little unexpected four wheeling where the road had washed out. Things got a little scary, but everyone made it OK. On the way back we drove to the Grand Coulee Dam, along the Columbia River, to Vantage, then back to Seattle, stopping at a few neat places including Dry Falls.

After we got back to Seattle we spent some time at Kubota Garden before I had to head back to the airport.

I posted a whole gallery of photos on Flickr, if you’d like to take a look. I also put a few of my favorites here. 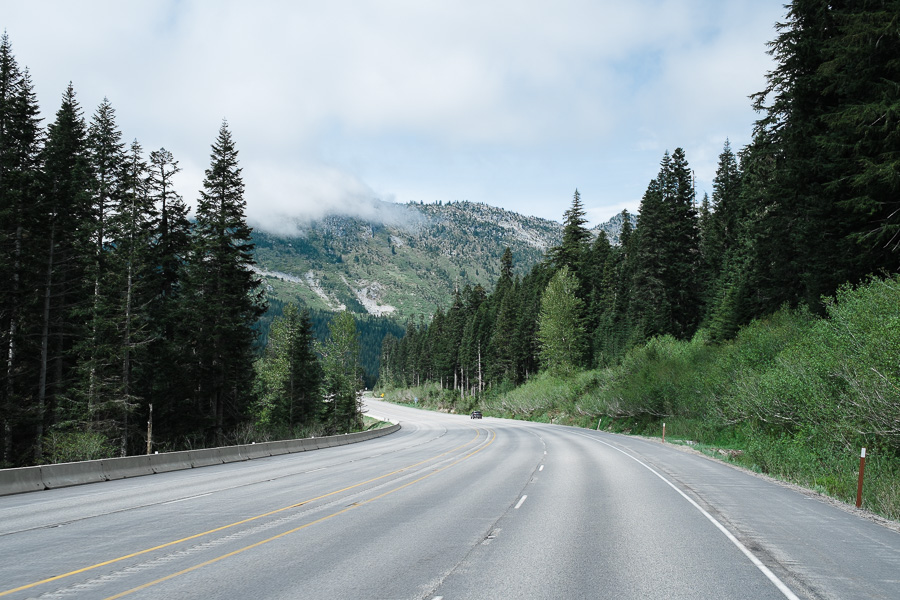 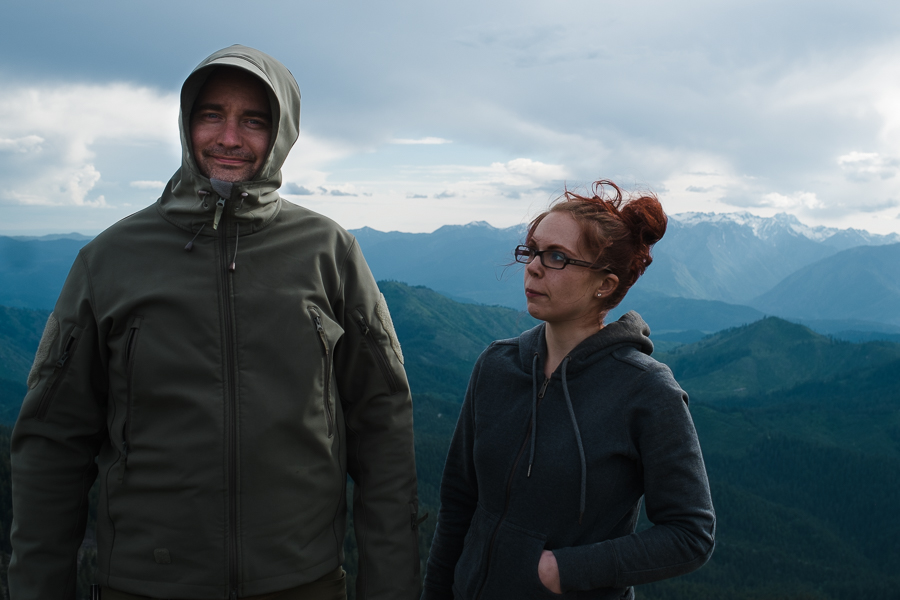 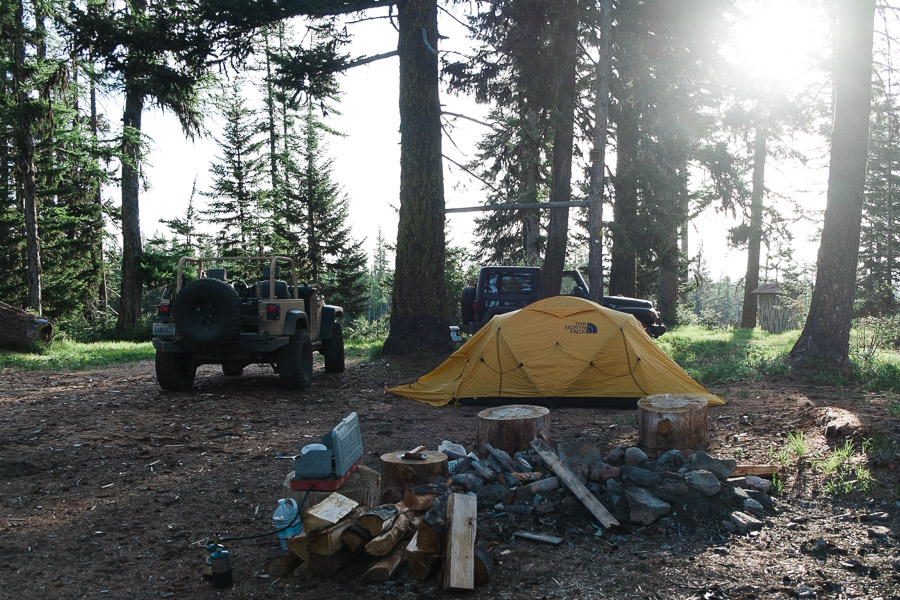 Suzy came to visit in June. We drove down to the Garden of the Gods in Colorado Springs and did some hiking on a hot clear day, then had a really nice lunch at Brother Luck’s on John’s recommendation. After that we went over to Ivywild for some Bristol beers and John joined us for a while.

I also got to take Suzy on a bike ride around the reservoir, a nearby favorite cycling route. The water was still high from the unusual spring rain, but we were able to make it through the whole way. We also got some good pizza at the Wazee Supper Club, which I hadn’t been to in years. 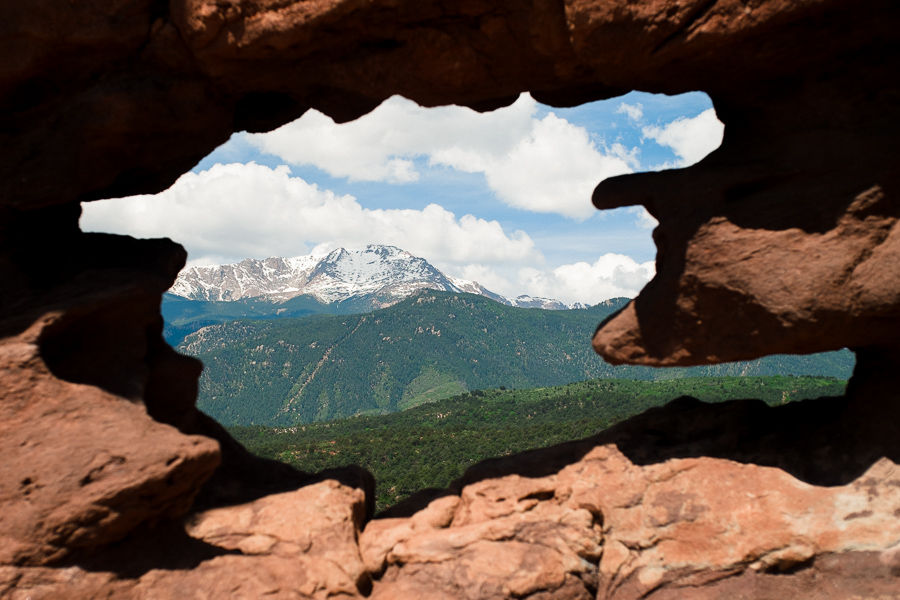 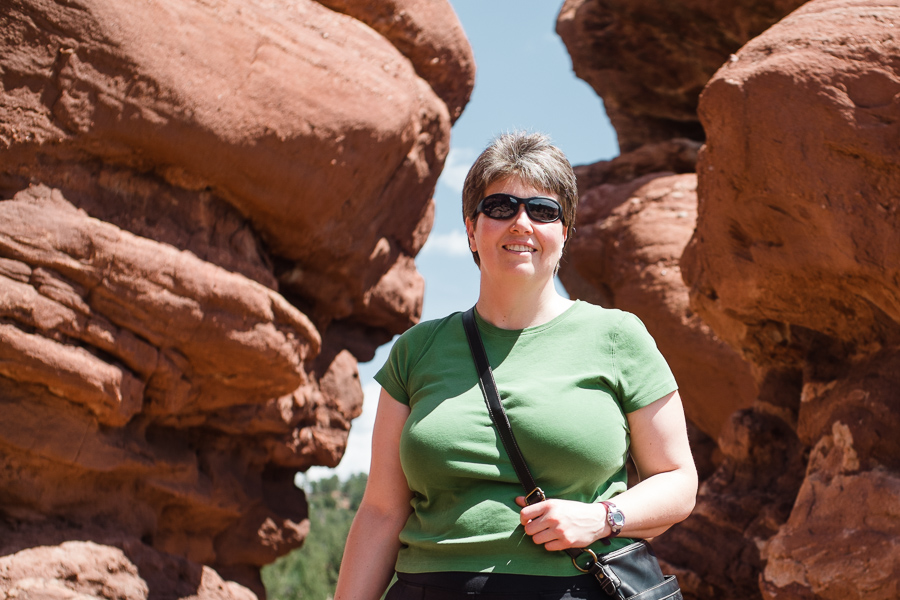 This was a big one. I first (and last) rode RAGBRAI in 2002, but for 10 years or more I’ve been telling myself I wanted to ride it again. Finally this year I got organized enough to sign up for the ride with a few friends. Seven days of waking up early, packing up tents, throwing things on a truck, and riding bikes. 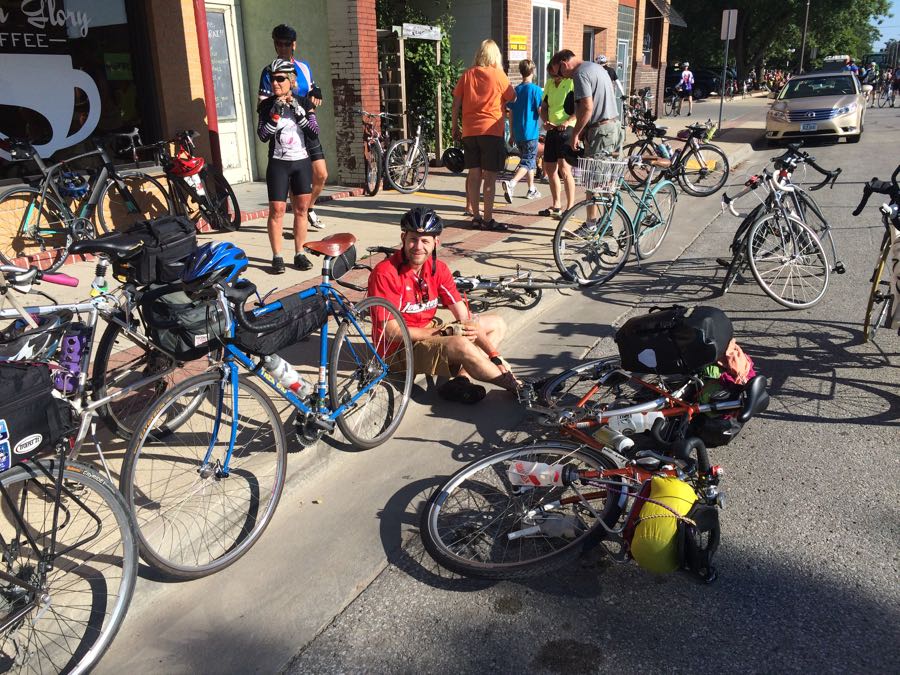 The team was me, Jim, and Ben, and Nathan joined us in Cedar Falls for the last few days of the ride. Ben is a little nutty and did the ride as a self-supported tour. Jim and I put our stuff in hiking packs and loaded it onto the baggage truck every day.

Jim did every mile of the ride, including the gravel loop and the Karras century loop. I didn’t do the gravel loop, but did do the century, and ended up riding over 500 miles that week. Ben rode the standard route, but he also did the whole thing with all his gear on the bike. 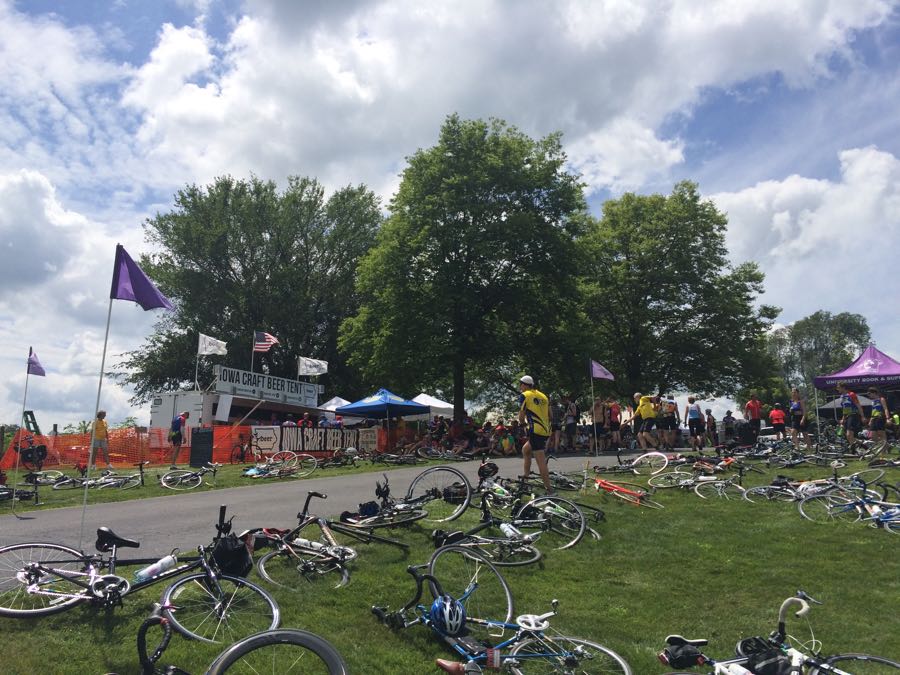 I ate a lot of pie, a couple burritos, several burgers, homemade ice cream, church dinners, Chinese buffet, pulled pork, pizza, and more. We bought beers most nights (but couldn’t find any IPAs in Eldora). To end the week we had a tasty lunch at a brewery in Davenport before making the drive back to Ames. 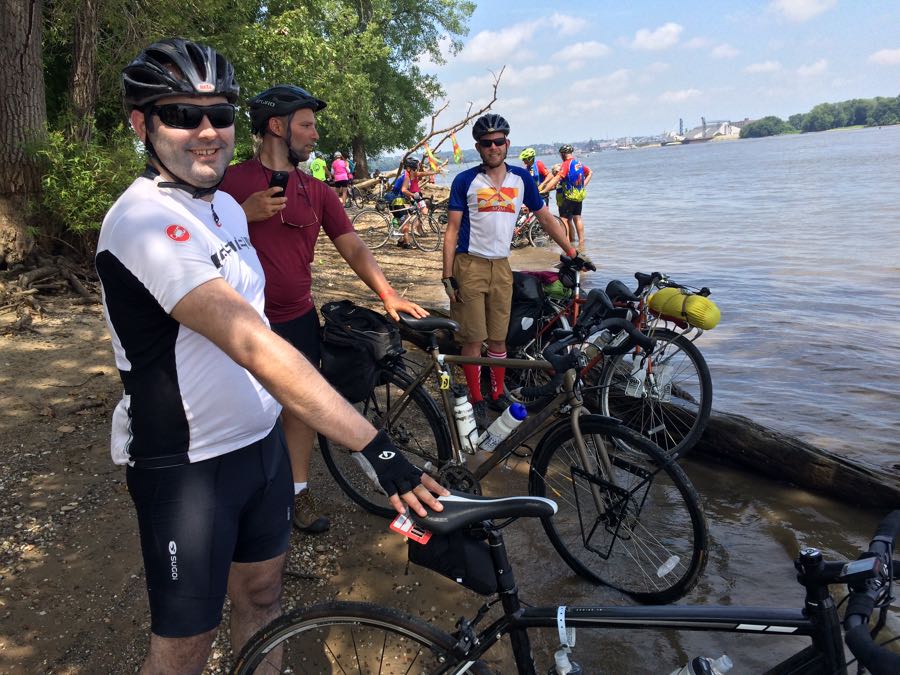 August: I stopped by Joshua Tree

This was at the end of another work trip, but I admit the chance to spend a few hours in a national park is always welcome. We drove up to Keys View, and although it was 100 degrees in Palm Springs we had a cool breeze coming in up there. On a clear day you can see the Salton Sea and Palm Springs easily. On that day we could make out the Salton Sea shoreline but we couldn’t see Palm Springs at all. 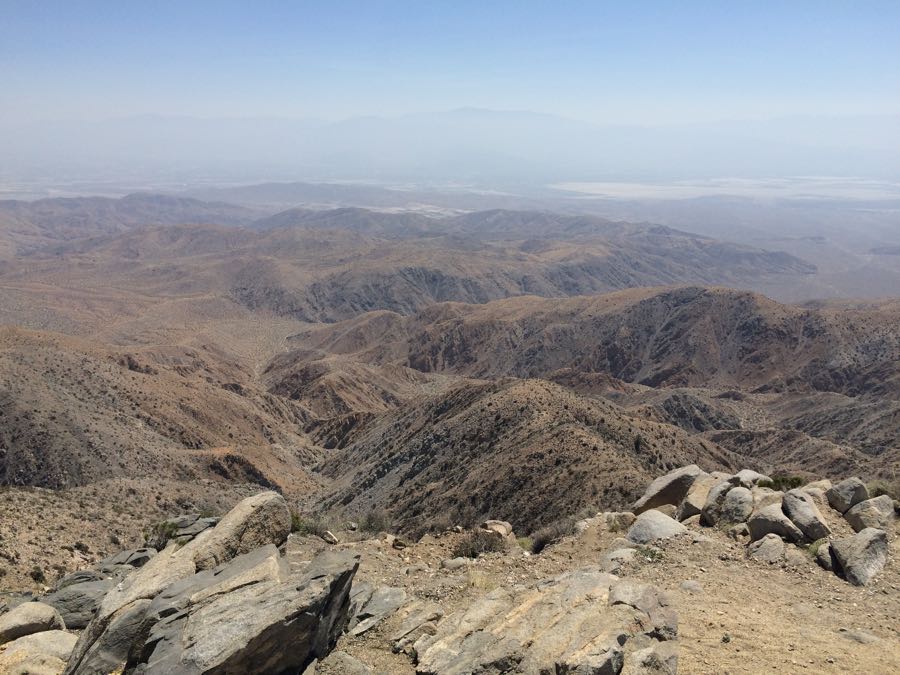 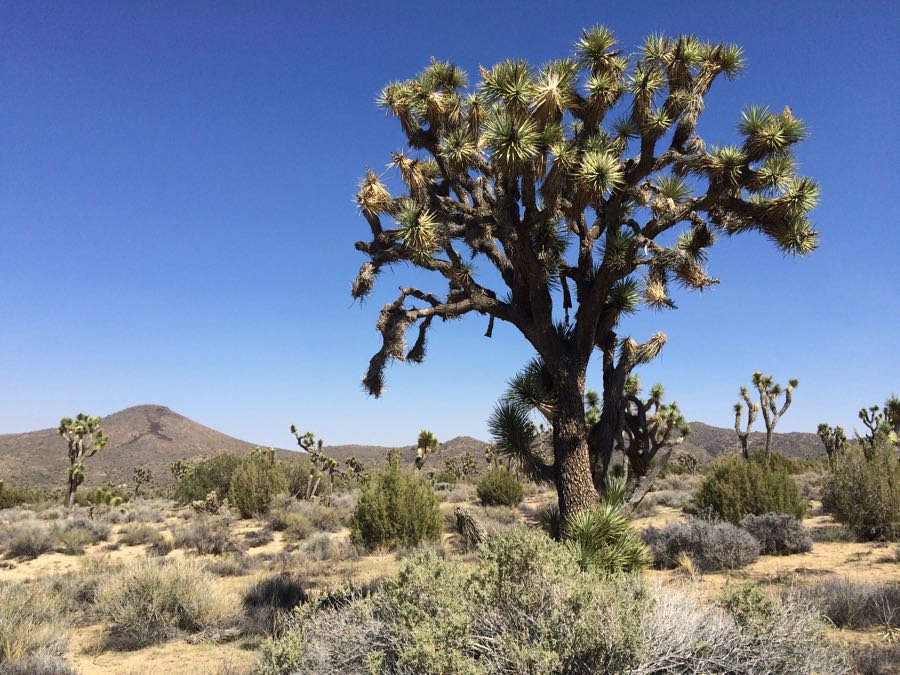 We also did a short hike to Barker Dam, which had a scenic little reservoir and a small stream outflow. It was a nice way to spend a few hours before heading back to the airport. 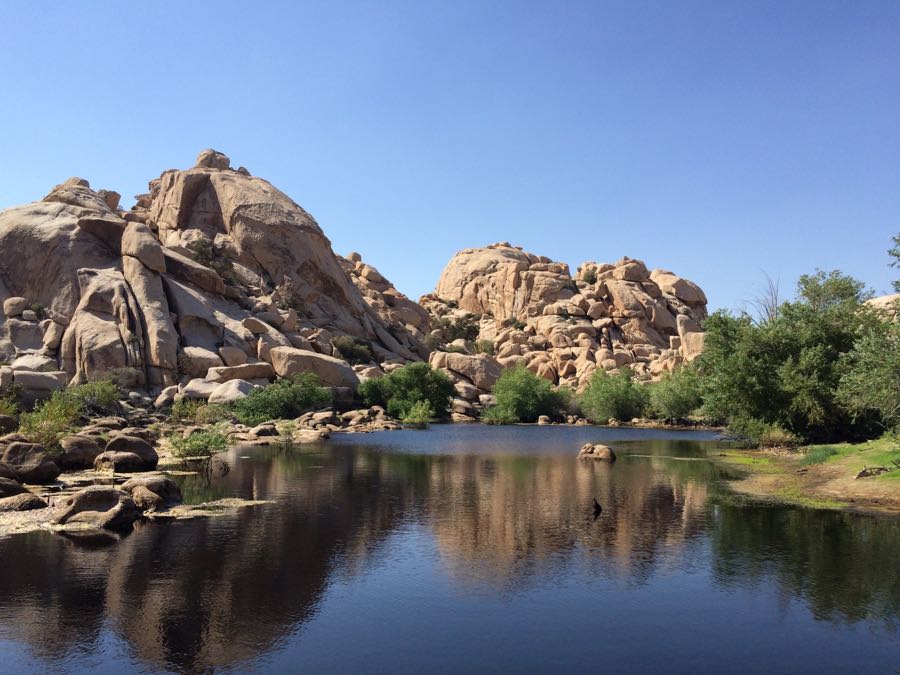 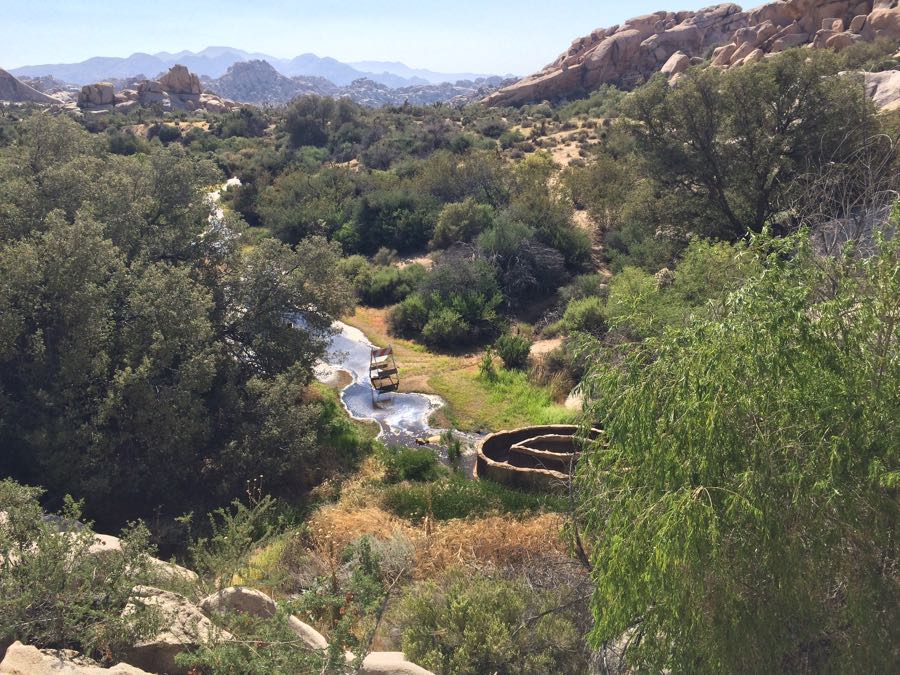 Just this last weekend I flew back to Michigan for the second family wedding of the summer. My cousin Jason got married at the chapel on the Michigan State University campus, the same place my aunt and uncle were married 35 years ago. The weather was perfect, and I got to spend a good day with family.

So there you go. Hopefully next time I won’t wait so long to write something.