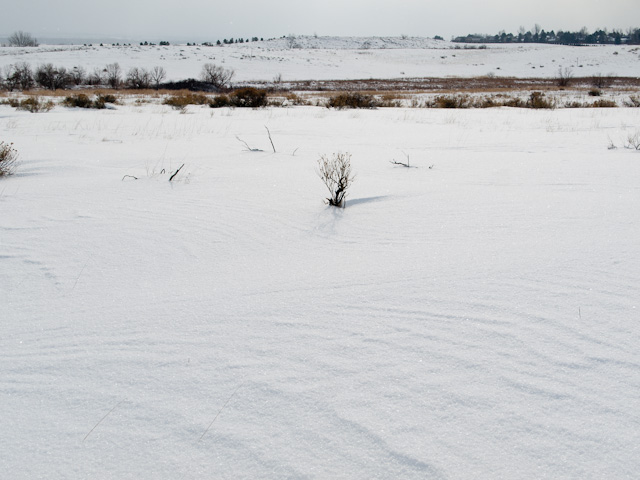 This morning Denver woke up from the biggest snowstorm since I moved here back in 2007. Snow fell nonstop for over 24 hours, and more than 15 inches fell on my part of town.

It has become something of a habit for me to go for a long walk on Saturday mornings, and I wasn’t going to let the snow stop that. Actually, it felt like an opportunity. There’s something quiet and magical about a world covered in a blanket of soft white snow.

I headed toward the park as I often do, and found that the Dam Road was closed. No attempt had been made to clear it. A rare occurrence, and I hope a cross country skier or two took the opportunity. The distance in the knee deep snow was too great to walk.

Instead I walked through the thick, soft power up a hill, then back down and toward a stream. I wished for skis or snowshoes, and followed the tracks of a skier back to firm ground.