I ran my third official half marathon over the weekend. Even though this race was only two weeks after the Spring Fever Half Marathon, I signed up for it because it was at Cherry Creek State Park, just down the road from my apartment. The course was on roads and trails I run on often, and I thought it would be fun to do a race there.

Since Cherry Creek Park is so close I decided to walk to the race. I left early and checked in with plenty of time to spare. It was chilly but the sun was out, so by the time the race started I was fine in shorts and a long-sleeve shirt.

The course was flatter than the last race, so I expected to improve on my time from two weeks before, if not by a lot.

The run went well, I was steady at about 8:50/mile through the whole thing (the course measured a little long by my GPS), and didn’t really feel tired until the uphill portion near the end. Even then it was mostly my legs that were ready to give and not my heart or lungs, which was a good feeling.

I finished in 1:56:22, at 8:53 a mile. That’s about 6 seconds a mile faster than the last race. More than a minute off the total time. It’s a nice feeling to set two personal bests in a row.

Here’s a link to my official time and another to my Garmin Connect tracklog. 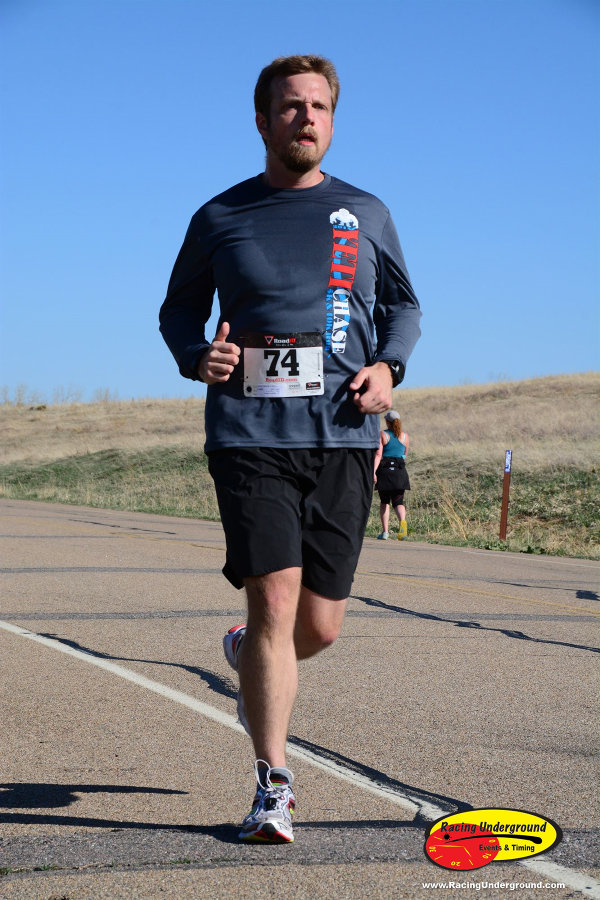