Last month I took a Friday off and drove up to Rocky Mountain National Park. I wanted to get out of town for the day and I hadn’t been up in the mountains in quite a while. I also had a rented Zeiss lens that I wanted to spend more time with, and in a place both prettier and more interesting than my neighborhood.

I took a whole mess of pictures, but most of them aren’t very exciting. Still, I was glad to spend the day outside, and even spent a good half hour sitting by a rock on a hillside just kind of taking things in.

It was July 4th weekend, but there was still some snow in the shadier areas at the peak. 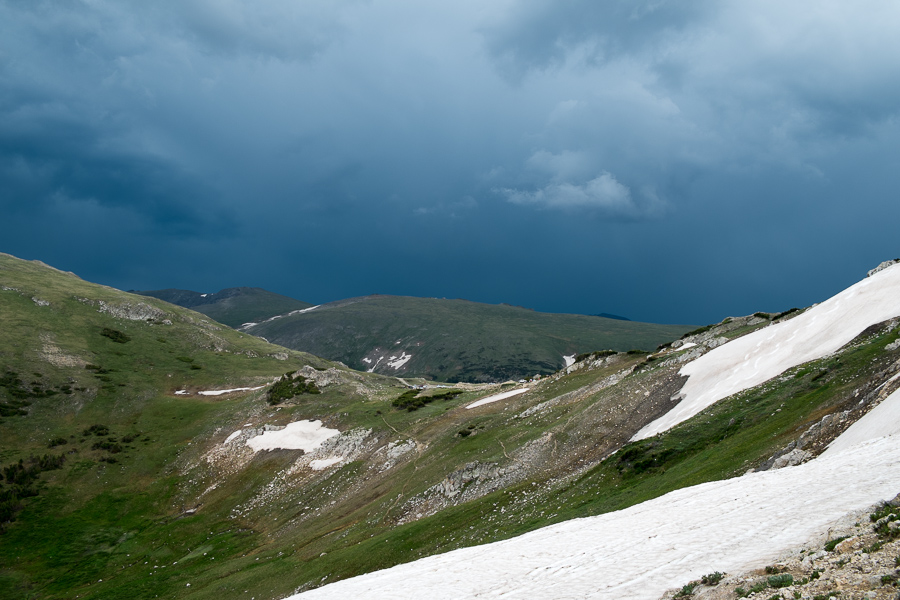 There’s a great view from the road over the pass, which is only open in the summer. 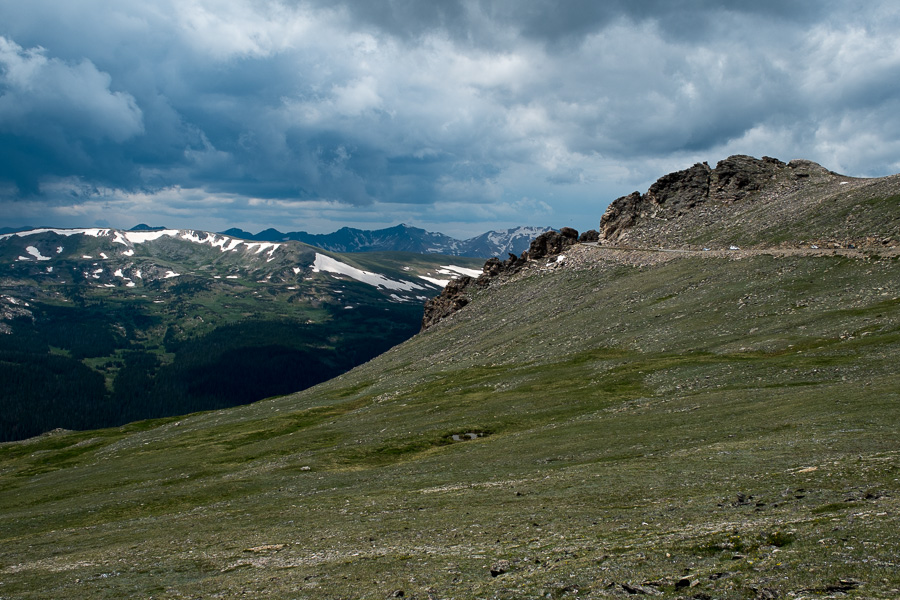 A black looking thunderstorm came through in the early afternoon. I came down from a high place earlier than I wanted to, as I was worried about lightning. The storm ending up going past without incident. It made for a nice contrast with the rocks for the short time the sun was still out. Not long after we got the sun again, and I thought some of the lichen on the rocks was pretty. 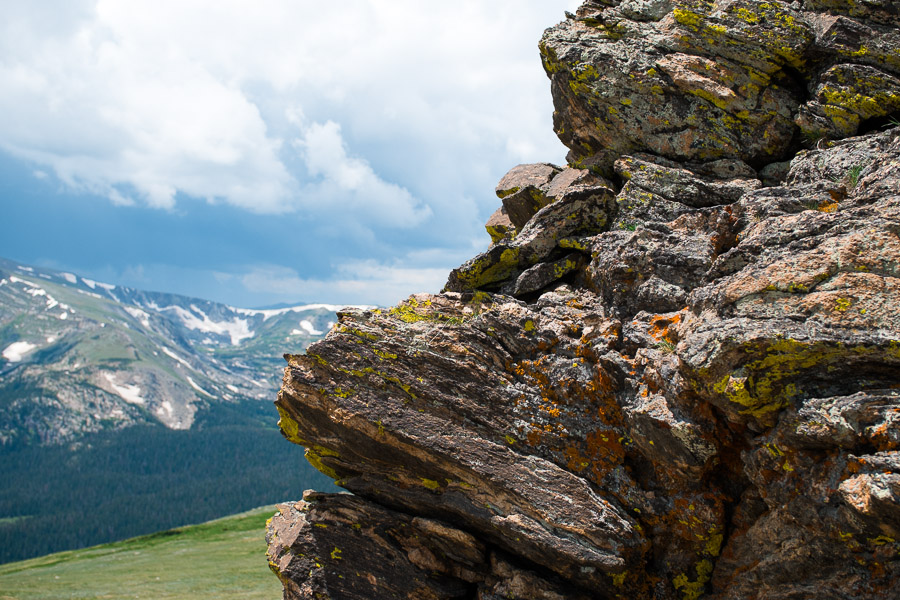 It’s been over a month. About time I shared these. The drive out to the park can be kind of frustrating, but it has always been worth it.