Another month gone already. 2014 is going by quickly.

I did well this month, even with a couple stressful weeks and the extra eating that comes with it. I dropped another 5 pounds and—fingers crossed—am under 200 pounds for good. I ran just under 100 miles and rode my bikes nearly 300. Fall is here, and it’s a great time to be outside.

Unfortunately the half-marathon I have been training for all summer (all those miles didn’t come from nowhere) was cancelled just 2 weeks before the race. I spent some time looking for a new race in October, but nothing will work out. I was offered discounted entry to a Denver race on October 19, but I’ll be in Iowa that day. The Des Moines half marathon is also on the 19th, but I’m planning to spend the 18th eating and drinking and staying up late with friends. I don’t think signing up for a race the day after is a good idea.

So here’s my plan. I’ll run my half marathon on October 5 as planned. It won’t be sanctioned. The course won’t be accurately measured. It won’t be professionally timed. There won’t be water stops. I won’t be running with 1,000 other people. I’ll just have my hydration pack, a few gels, my GPS watch, and a target pace. It’s not what I wanted or planned, but I’ve trained too hard and too long to not run at all. Sunday morning I’m heading to the Highline Canal. I’ll run south until the halfway point, then run back north until I’m done. The canal is dead flat, which will make this easier than the last half marathon, and I plan to beat my old time by 20 minutes.

The planned route is simple enough. From Hampden south to Orchard road is about 6.6 miles on the trail. Double that for an out and back run and you get 13.2. A half marathon is 13.1. I’ll definitely post the route and how I did. I might look into live tracking, but I don’t know if anyone would be interested. 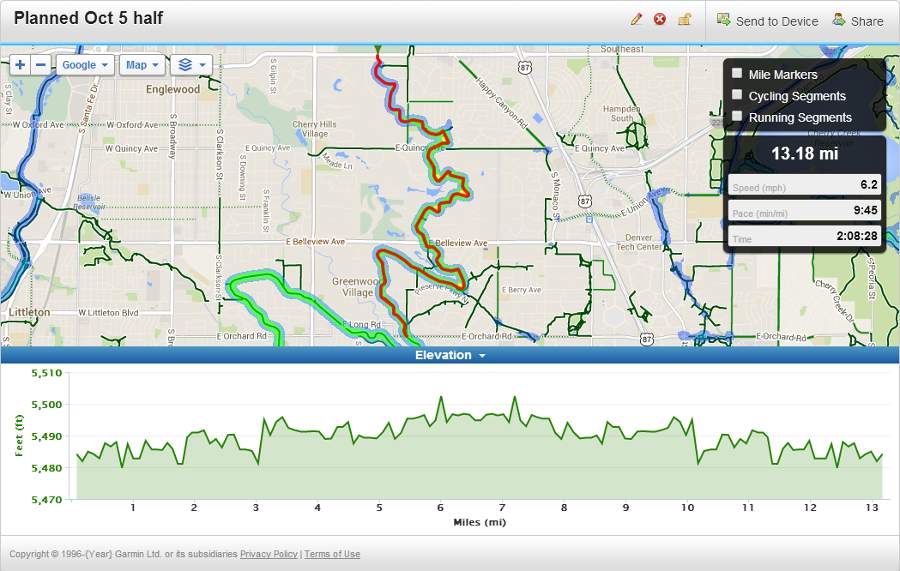 After this I’ll take a week off entirely. Then I’ll have a week of just easy running. Don’t expect a lot of miles in October.

I’ve been lazy, and so my Trek is still broken. I had a minor crash on the 4th of July that bent the derailer hanger, and the rear wheel ate itself and the rear derailer a few miles later. The bike itself is an easy fix. I just need to clean it up, make sure the derailer hanger is straight, and install the replacement derailer I bought. But the wheel is still in bad shape, and that’s the real issue. The hub is beat up from the accident but it seems mechanically OK. The cassette is perfect. But I broke or ruined so many spokes that I basically have to rebuild the wheel, and that sounds like a lot of work. I plan to pull it apart, measure the spokes, and order replacements but it feels like a low priority. Maybe I’ll get to it in October. Maybe not.

Instead I started September with a lot of miles on my single speed Schwinn. I also pulled my Redline 925 off the wall, cleaned it up, and started riding that to work. And midway through the month I saw that the Raleigh Tamland “gravel bike” I had been eyeing was on sale at the local shop and they had my size in stock. It may be a gravel race bike by marketing, but I see a stable, fast, Reynolds 631 steel road bike with clearance for big tires and fenders too. Even with its huge 40mm tires it rolls fast on pavement and it can really fly off pavement. It even handles smooth singletrack just fine, though it bogs down in the sand. I’ve only had it two weeks, but I’m really happy. It feels like I could ride it almost anywhere. I may even keep the saddle. 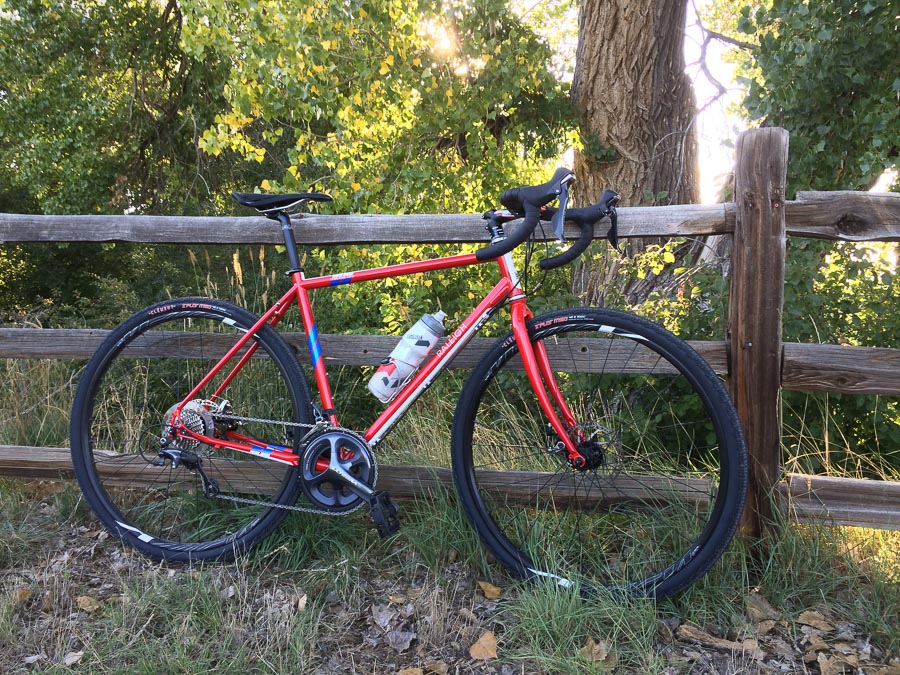 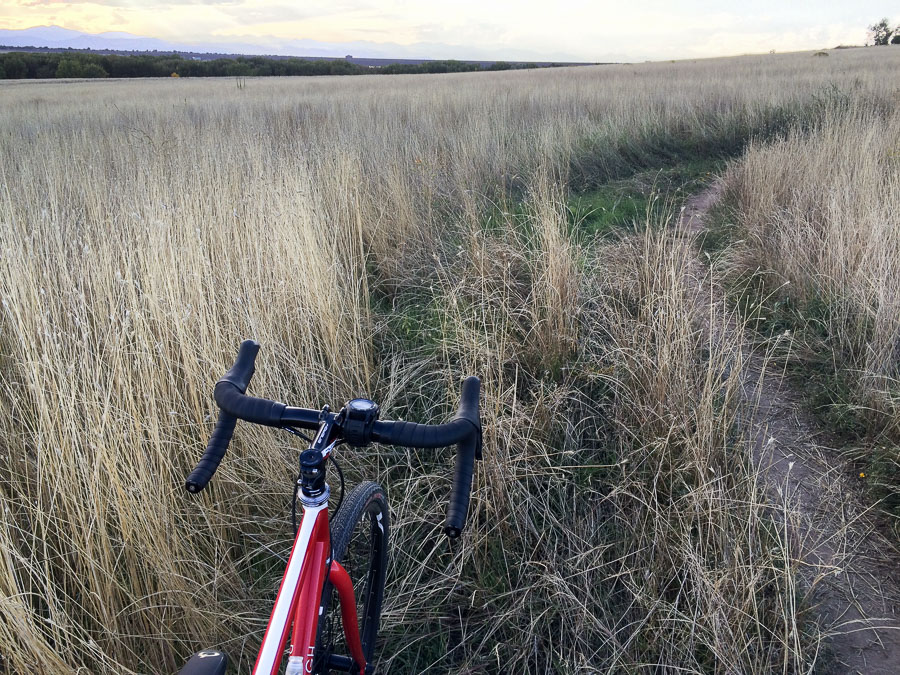 Now if I could only get the plastic pedals it came with off. I’m having no luck at all, and may just take it into the shop.