Like April, May was something of a bad month for my fitness goals. I was traveling for work from the beginning of the month through the 23rd, and a number of things slipped as a consequence.

I was eating out at restaurants most of the time, and the result was that I gained 2 pounds in May. I’m not happy at all about that, but there’s nothing to do but try to keep moving forward. I also took a week off running to let a minor toe injury heal. And most of my cycling occurred in two short weekends. I guess I should be happy that I got any cycling done at all.

The goal for June now is to get back in the swing of things. I have more travel coming up this month, but I’m going to try hard to stay on track despite the temptations of travel. 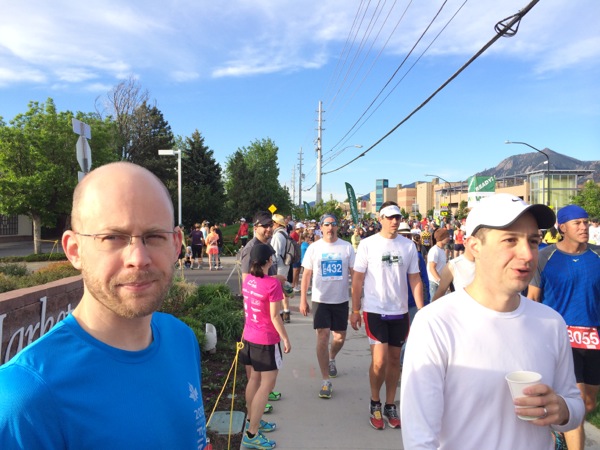 And I do mean gigantic. There were over 45,000 finishers this year. It’s almost unbelievable, and yet the whole thing was very smooth from start to finish. Parking was smooth, the start was smooth, the race was good, and the post race lines, food, beer, and so on were easy. I’m very impressed.

Ben flew in from the Twin Cities to run, despite his injured foot. We also met up with the doctors Buck, Pete and his daughter Alison, who both flew in just for the race.

I set a new personal best with a time of 57:58. I hoped to hold a 9 minute mile, but I’m pretty happy with my finish. I took nearly 7 minutes off my 10k time in less than a year. 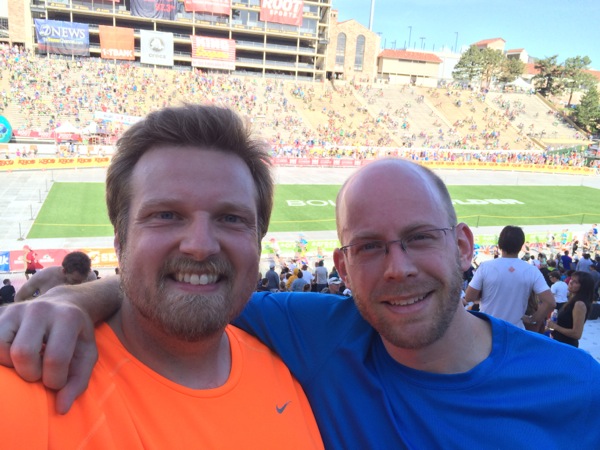 After the race, and after saying goodbye to the Bucks, I watched the men and women’s pro races. The noise of the crowd as the runners entered the final stretch in the stadium was pretty amazing. 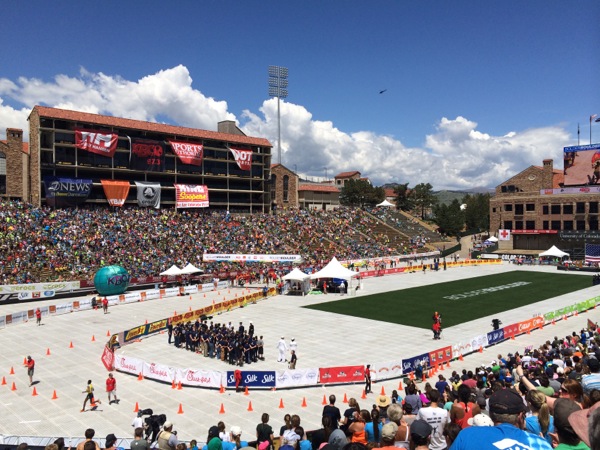 To finish the race day, Ben and I met up with my friend John, who drove up to Boulder from Colorado Springs with his family. I hadn’t seen him since last October, when we met up at the Garden of the Gods, and I hadn’t seen his wife Aoi and his kids in much longer. The last time I saw his little girl Mari she was a little toddler. Now she’s around 4 and loves to talk. I also got to meet little Victor for the first time. He’s only about 2 months old and was a little sleepy, but I look forward to seeing him again. 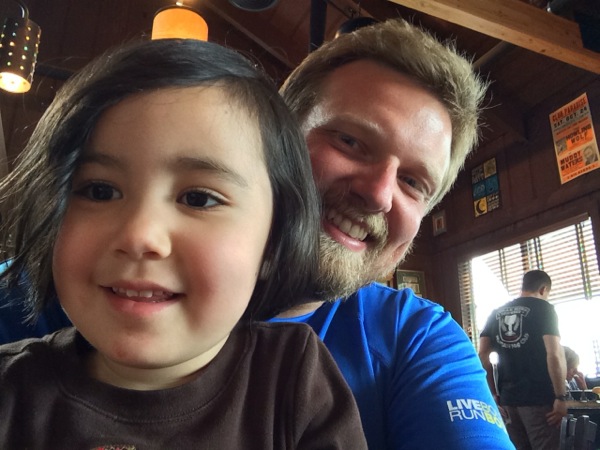 We got lunch and beers at Oskar Blues, and got to catch up on life in general. It was totally worth the wait and the drive.

All told, the race day was fantastic. I was nervous and worried before it, but I set a personal best, saw some very good friends, had good beer and food, and generally just had a great weekend. I hope to do it again in the future.