Fun with the Fuji Espree

Last December I bought two Fuji Espree bikes from the mid 1980s. I didn’t need them, but they were a matched set, beautiful, cheap, and in fantastic shape. And the larger bike was my size. 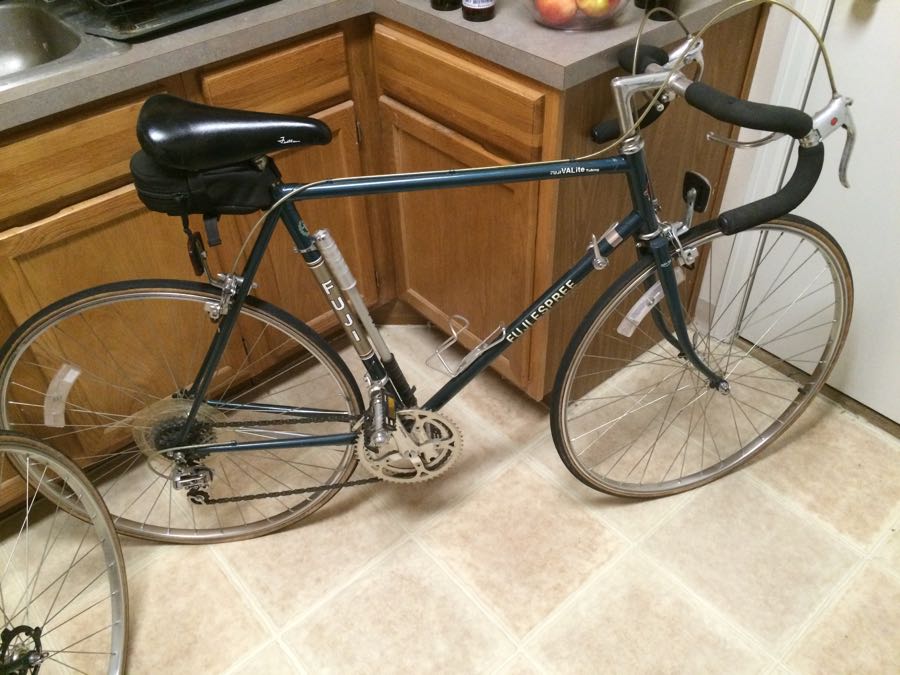 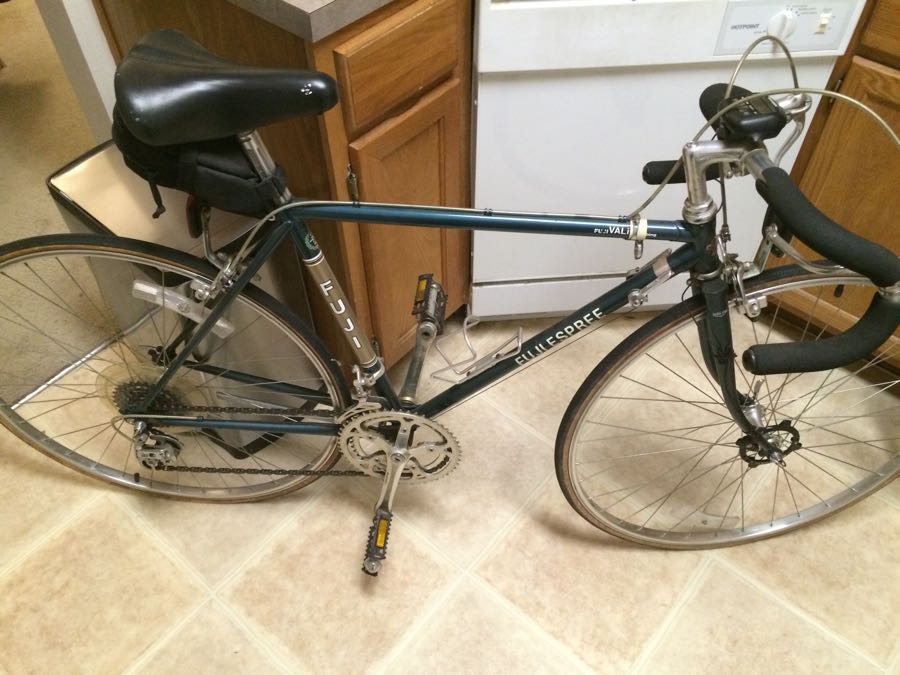 I spent some time cleaning them up and installed new cables and new bar tape, but otherwise the bikes were all original.

The trouble is, of course, that I already had several road bikes, including my new Raleigh Tamland and two other drop bar 1980s bikes: my beloved Trek 610 (recently rebuilt with modern components) and my fixed gear Schwinn World Sport. Why would I ride the Fuji instead, and what would I do with the too-small one?

I found myself riding the Fuji just for kicks, especially on days when I wasn’t aiming for a specific speed or distance. This wasn’t because the bike is slow or heavy (far from it) but just because I had the Trek for those rides already. 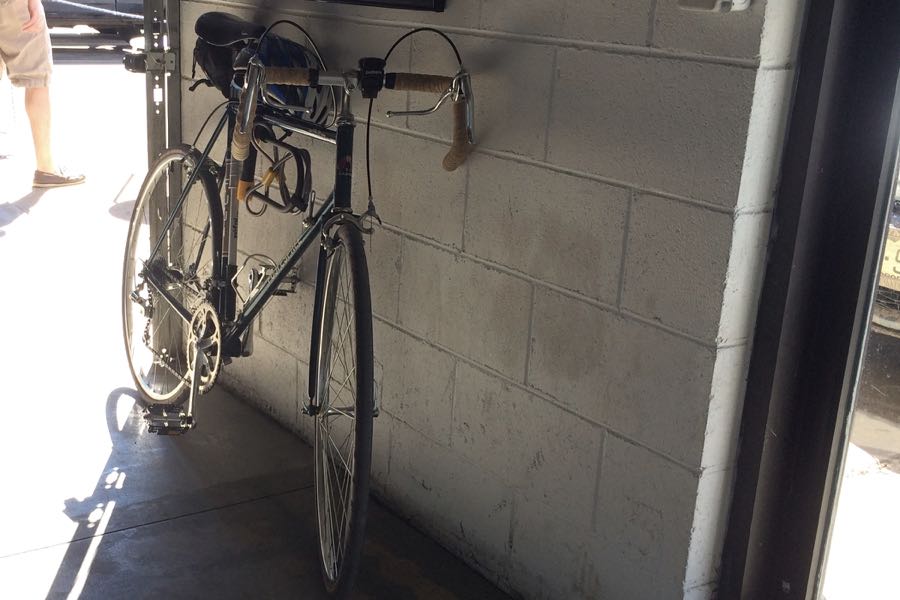 But with the Trek and the Raleigh covering the full range from single track and gravel to pure road riding, both with modern 11 speed drivetrains, I didn’t have much real use for the Fuji. I certainly wasn’t going to convert it to a fixed gear or single speed, since I already had the Scwhinn. So what to do?

I decided to convert the larger Fuji into a town bike, and keep the small one as a road bike in good condition, ready to lend as needed. I mounted a set of fenders for rain and put the kickstand back on. I installed a rear rack and changed the handlebars from narrow road drop bars to wide upright bars. I got new brake levers for the existing brakes, and mounted a bell too. It’s totally retro nerdy, and I think it looks great. 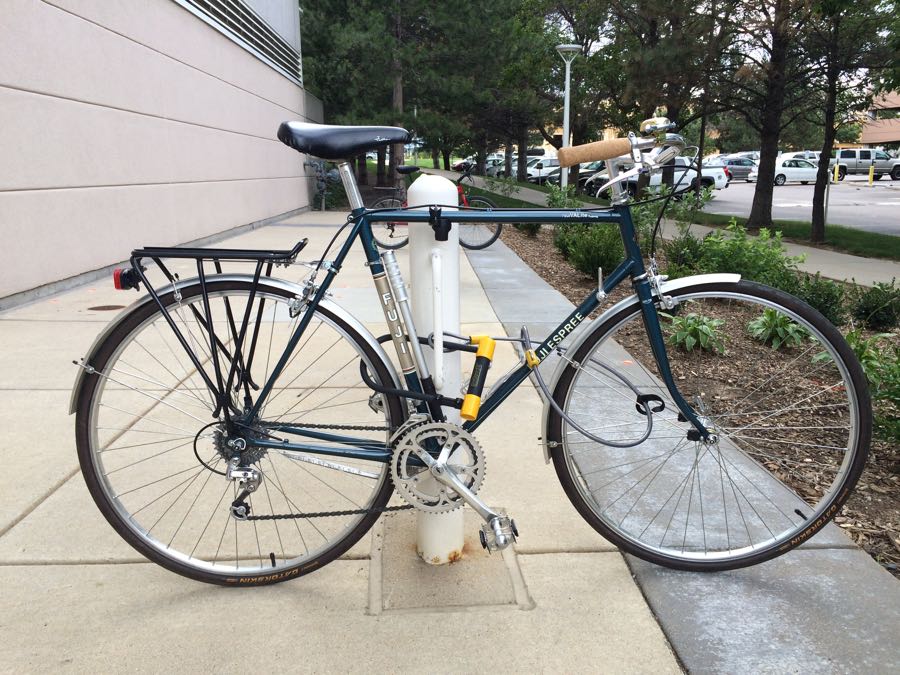 It’s now my grocery bike, weekend restaurant and brewery bike, and occasional commuter. I also find myself jumping on it in street clothes to ride up to the reservoir, when I otherwise might not. My goal is to not track my heart rate or cadence when I ride this bike, and to not care about my average speed. I doubt I’d choose this bike over the Trek for a 25 mile ride, but 10 to 15 miles is quite enjoyable. 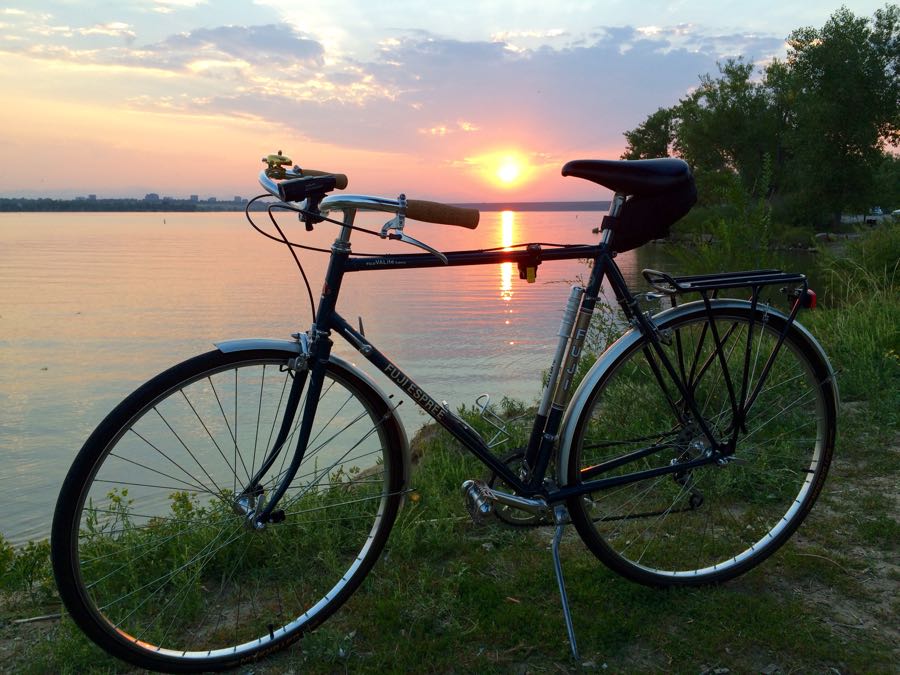 I’m still thinking of making a few more tweaks to the riding position, which would largely be a taller steam and more setback seat post. I’m also considering moving the shifters from the downtube up to the handlebars, but for now I’m not going to spend any more money. It’s really nice as-is.