It was hot in Denver this weekend, so I thought I’d head out of town and up a little higher to do some exploring and take some pictures. I decided to head to Sedalia and take a scenic drive along State Highway 67 down along the South Platte River. 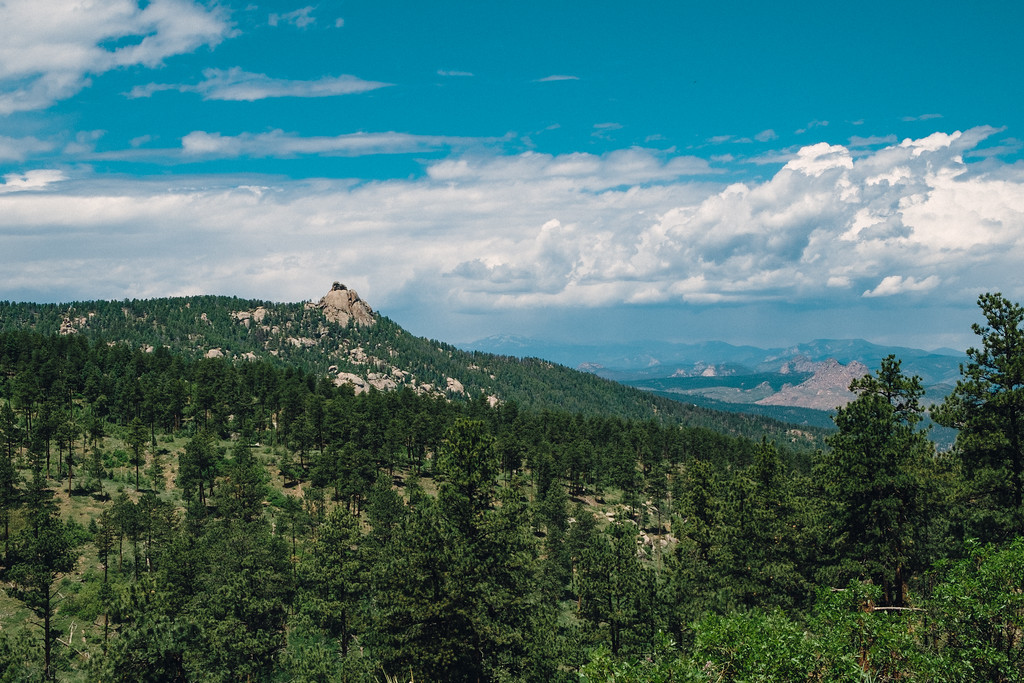 The highway still doesn’t continue straight through from Sedalia as a paved road. So like seemingly everyone else I took Pine Creek road down to the river. Since I was out for a scenic drive I wasn’t happy being in a big conga line of cars, so I pulled over and let everyone by so I could have it mostly to myself. (Note to Colorado drivers: stop tailgating me on mountain roads when I’m already over the speed limit. Just relax.)

I’m still amazed I took the steepest section of the gravel road on my street motorcycle once. It’s a little intimidating even in a 4WD Jeep. Though it’s a bit hard to tell just how steep from the Google Street View.

After that it was a somewhat crowded drive along the South Platte. (Stop tailgating already!) I saw a lot of people out fly fishing, though I swear more were sitting in camp chairs behind their cars than actually bothering to fish.

I turned around a couple miles past Deckers, watched a few motorcyclists see how fast they could go, then headed back up towards Denver.

I took another route between the South Platte and the road to Sedalia, and found a bunch of ATV and dirt bike trails. Could be fun, if I had either.

The full album is here