I haven’t been on a bike ride since the big snowstorm early this month. I probably could have gone this weekend, but after my crash in January I’m still wary of packed snow and ice on the paths. Hopefully in another week or two we’ll get enough sun and that won’t be a problem for a while, because I’m itching to get out and ride. And to see how the rebuilding of my Trek went.

In the meantime though I’ve tried to make it a habit to at least start Saturday mornings with a long walk. I generally hope to get out of the house before 9:30 and listen to Hypercritical, one of my favorite podcasts. John Siracusa tends to talk so much that I can go for 4 or 5 miles before he’s done. It’s awesome. When I can, I walk on Sunday, too, although I’d like to get bike rides in instead.

I missed one weekend this month from sheer laziness but on the other two we’ve had so far I made it out for 4+ miles each day. I even managed 4 miles on the morning of the snowstorm, which was incredibly exhausting (wading through knee deep snow for almost 2 of those miles). I’ve gone on 4 long walks that I recorded, and a few unrecorded walks during work days. Work day walks are either a short walk to lunch, or a walk around the amphitheater block in the afternoon.

This past weekend my Saturday walk was over to the state park, one of my favorite places to walk or cycle. On my Sunday walk I started on city streets and then followed a suburban trail that was new to me. 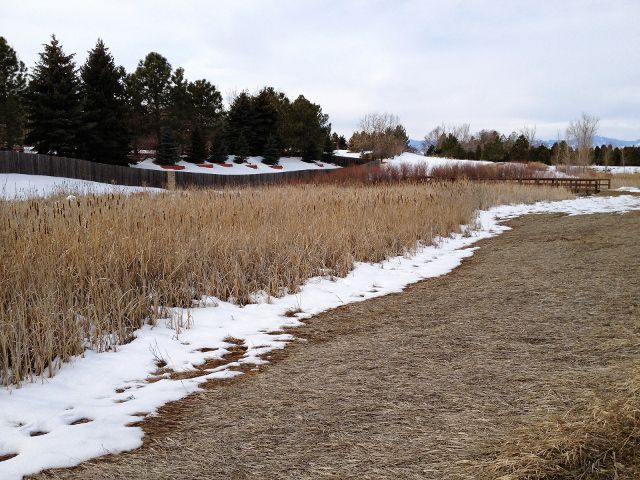 I recorded 16 miles walking in January and 20 so far this month. If I get out this weekend I should be able to easily hit 30.