We’re halfway through March, which in Colorado means we’re still alternating between snow and 60 degree days. This weekend was typical: a mix of cold and gray with warm, sunny, and cloudless. Not a bad weekend, really. I got in a couple good runs and a nice hike, took a bunch of photos, and am feeling pretty good about my most recent beer.

This was the last weekend before my half marathon, so I cut my weekend distance. I took Saturday’s 5 miler as a chance to test a faster pace, one I hope I can use for the 10k distance. It was chilly and gray, but once I got moving I warmed right up.

I started with a slow, easy warm up mile, then followed it with 3 miles at a sub 9:30 pace. I know that doesn’t sound all that fast, but it’s a nice improvement for me from last summer. I can’t say for certain, but based on how I felt I think I can hold that speed for another 3 miles. I’ll see if that holds true on a run after the race.

As mentioned in my last couple of posts, I’m working on losing some weight along with the running and cycling. I still have a long ways to go, but I am making progress. This weekend I finally had to give in to reality and buy new jeans and a new belt. I couldn’t keep the old pair up without looking ridiculous.

I headed to the mall and spent a while trying on 5 different styles of Levis jeans. Eventually settled on a pair of 514s, a size smaller than the old pair of 505s I was wearing. I also picked up a new belt to go with them, since I was on the last hole of the old one, and it was too loose. It feels good to need new clothes for the right reasons.

I followed up on Saturday’s 5 miler with an easy 30 minute jog on Sunday morning. While Saturday was about what fast pace I could maintain, Sunday was just about moving for a half hour at a low level of effort. I did a little less than 3 miles and barely broke a sweat. I have to take it on faith that running hard all the time is bad, and that running slow can be good. I don’t actually understand the science, and it feels weird to go slow.

And a hike, with pictures

I rented the newest Fuji camera for the weekend. It’s a faster, slightly larger camera in the same system I own. Image quality is essentially the same—excellent—but I was intrigued by the handling improvements which include a larger grip and much larger and faster viewfinder.

Not content with pictures from my neighborhood and Cherry Creek State Park, I decided to take the rental up to Boulder on Sunday afternoon for a little hiking. I parked on the street near Chautauqua Park and headed up the muddy trails to the first flatiron. Where Saturday was chilly and gray, Sunday was bright, sunny, and warm. There were only a few wispy clouds, and some heat haze in the afternoon air. 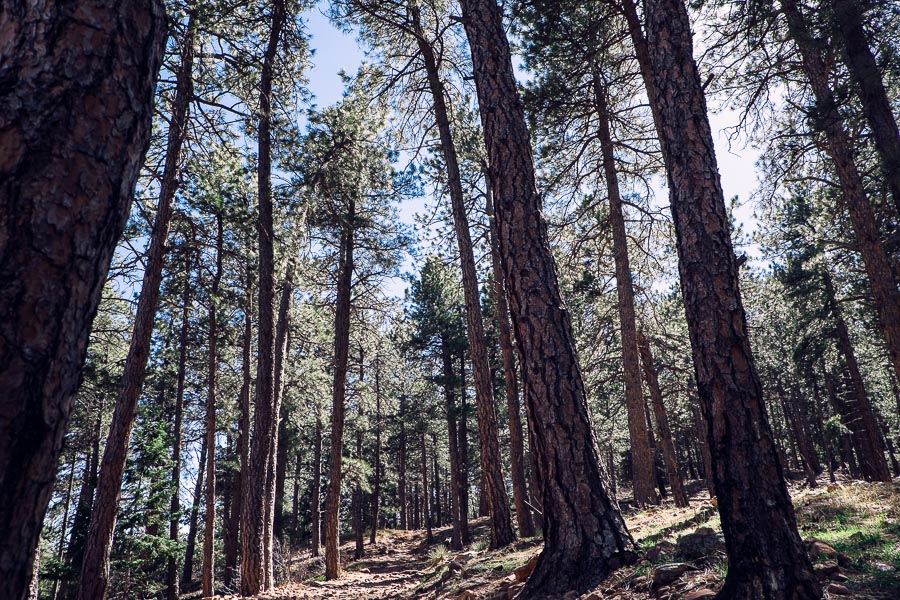 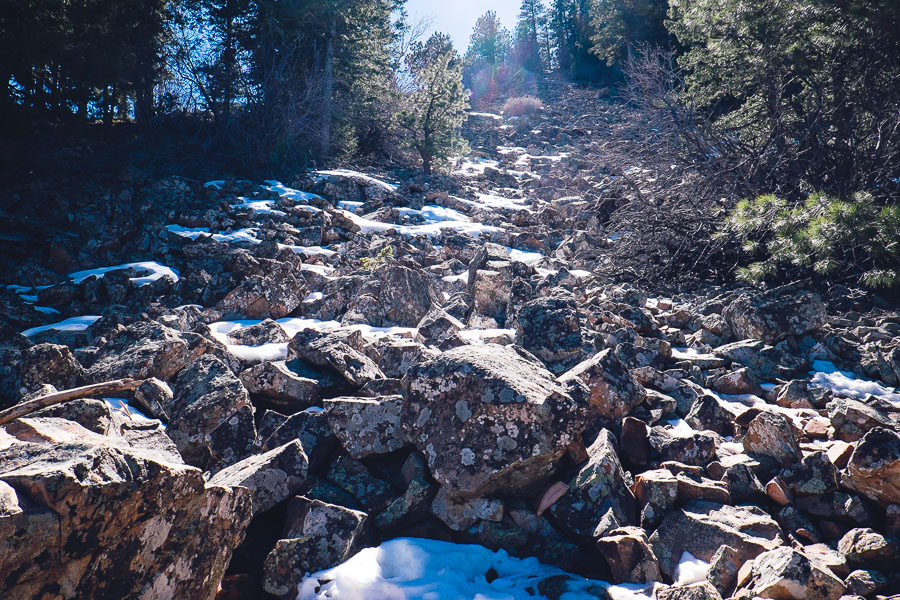 It wasn’t that great for photography, but the camera was a good excuse to take my first hike of 2014. While I hardly broke a sweat in my morning run, the afternoon hike soon had my heart rate way up, and I got a great workout. The trail was muddy near the base, and there was still snow and ice in spots. I made it to the top without incident, and took a few photos of the flatirons and of Boulder below me. 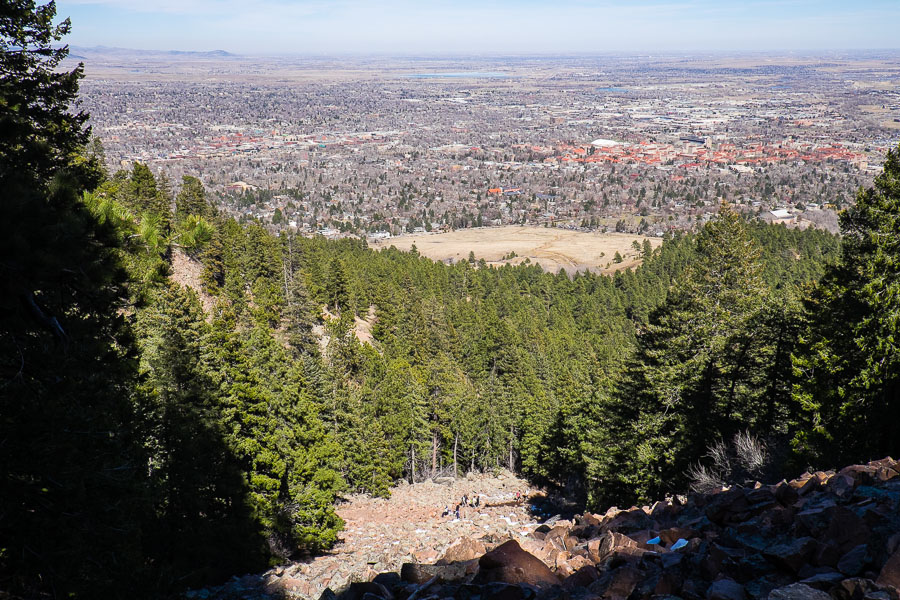 There were hundreds of people out enjoying the nice day, and the ranks were swelled by students on spring break, including from other states. 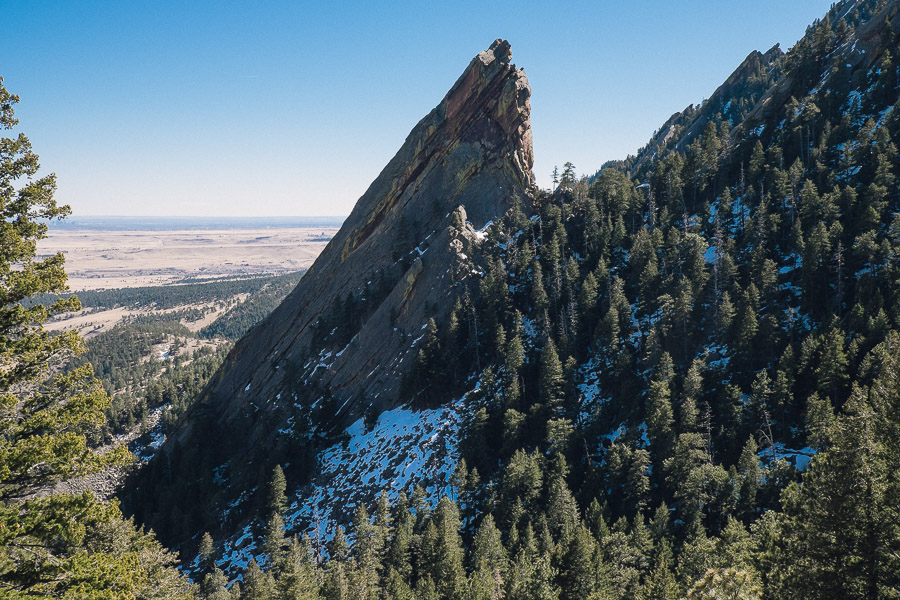 There were even some climbers making their way up the rocks, rather than the trail. 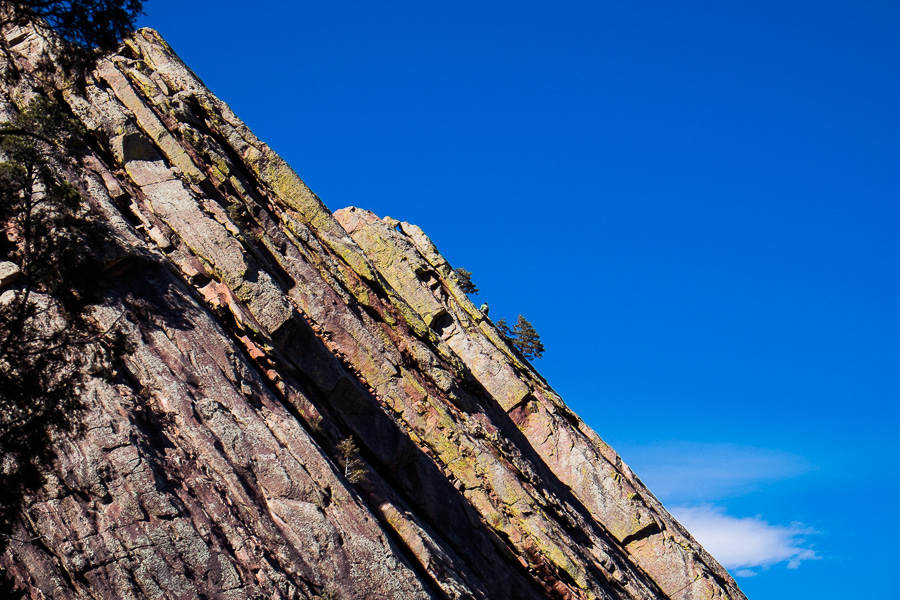 Finishing off with a beer

My most recent brew, a reddish Colorado style ale, has been carbonating for a week. That’s not quite enough time to be ready, but I have a hard time waiting. I had a bottle in the fridge and cracked it open when I got home from my hike. The beer still needs time to finish carbonating, but I’m very happy with how it has turned out. It is nicely hoppy but not overly bitter. I’m looking forward to sharing this one.

And that’s about it for the weekend. My half marathon is on Saturday, and although I’m still nervous I’m looking forward to the run. It’s hard to tell what the weather will be like, and I’m mostly hoping for a lack of rain or snow. Current plans are for my dad and sister to be out here to cheer me on, and I’m looking forward to seeing them both.