In the summer of 2007, not long after I moved to Denver, I bought a used Trek 610 road bike off of Craigslist. A little research showed it was a 1984 model, with a frame of Reynolds 531 steel and a nice set of Shimano 600 (Ultegra) components.

It was already 23 years old and it was well loved. The finish was scratched all over, but it was solid and straight and a really good bike. 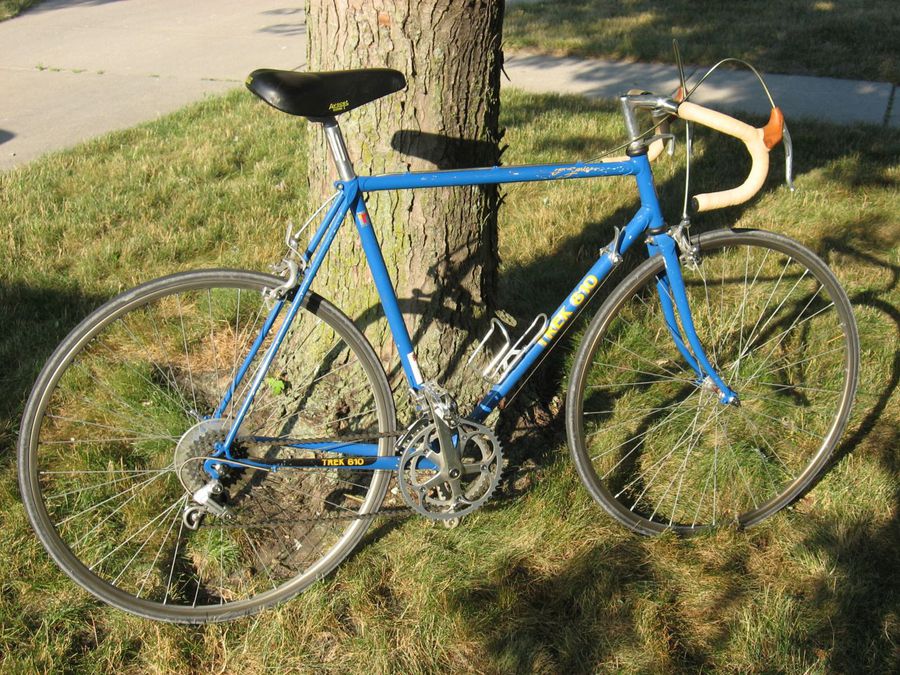 I rode it in this nearly stock condition for about a year. Then I bought a Brooks B17 saddle, a taller seatpost, nicer handlebars, and a new stem. I also installed a set of fenders. The result was a nice comfortable riding position and clean clothes, at the cost of some weight and speed. I kept riding the bike like that for several years, and I loved it. 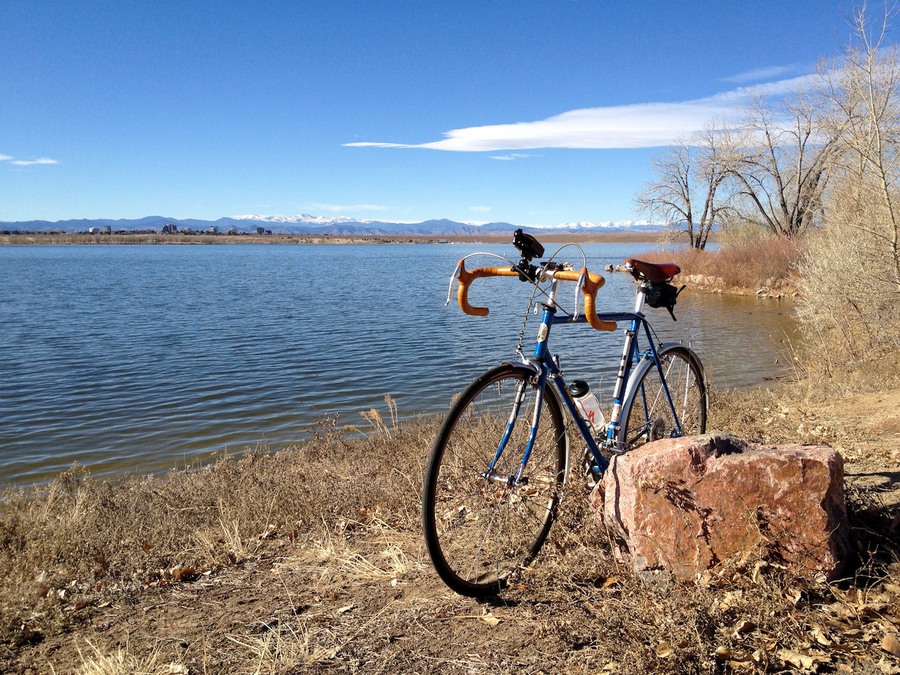 Eventually though the frustrating Maillard Helicomatic hub1 started to give out. There was a huge amount of play in the hub, and the bike was hard to shift. And since parts and tools to work on those old hubs are hard to come by I decided to buy new wheels instead. I ordered a set of heavy but lovely hand-built wheels from Thill wheels. It was relatively new 8 speed technology but aesthetically they matched the rest of the bike almost perfectly. 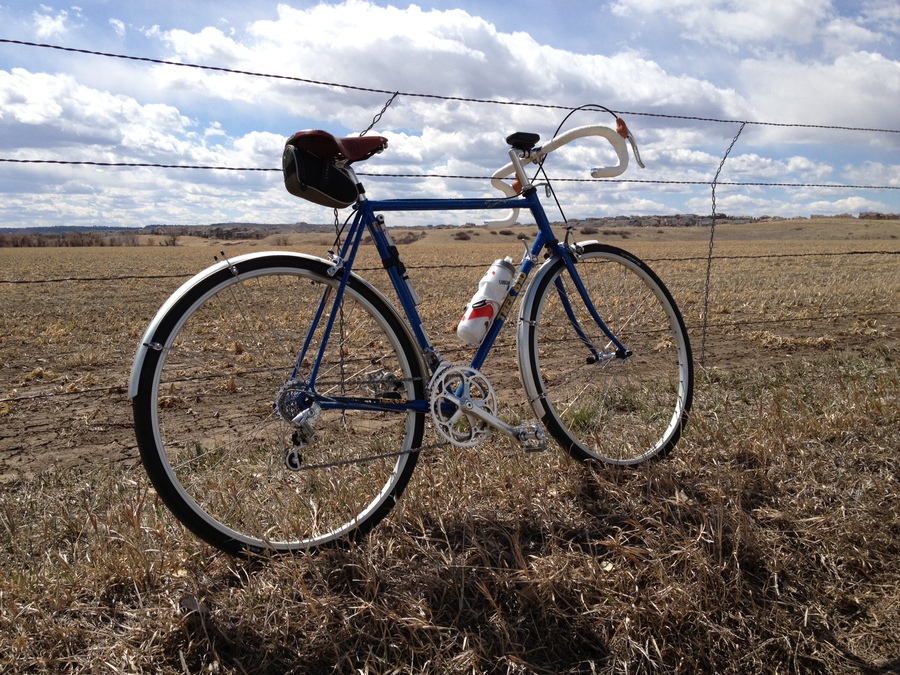 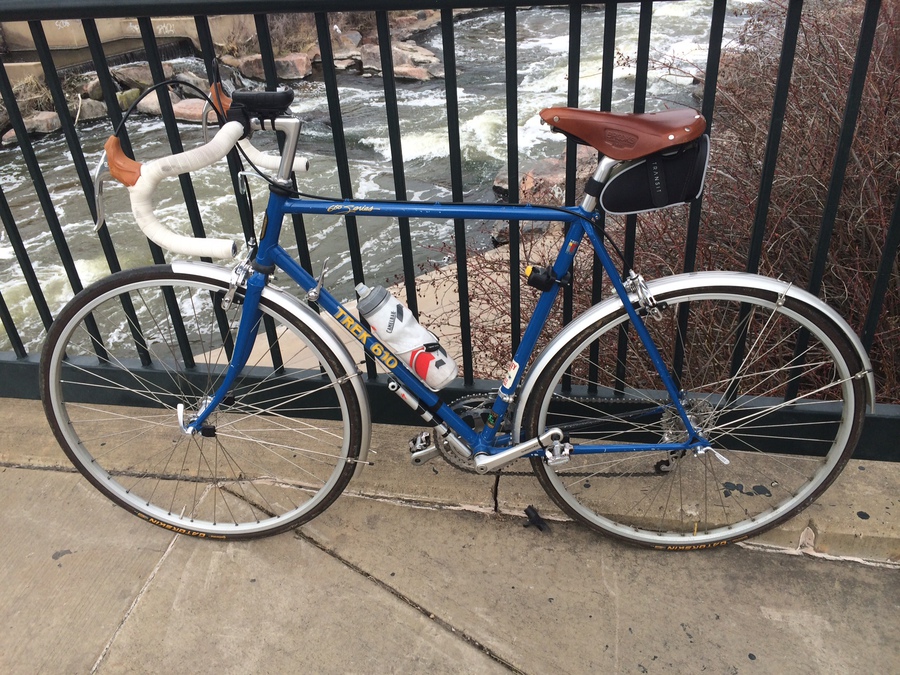 But things went bad on the Fourth of July. I was on a long 40 mile ride from my house out to the Aurora reservoir, on unfamiliar trails. I got to a section of trail that was under a few inches of water. I thought it was just a short section, and that I could just ride through it slowly with my fenders. It was actually well underwater, about 6 inches deep, and had a sandy bottom. I couldn’t keep going, and I had a slow motion fall into the water as I failed to unclip from my pedals.

I thought I was just wet and muddy, but the fall bent my derailer hanger and I didn’t notice. The bike kept going just fine and I kept riding. But on a hard uphill climb on a busy road 10 miles from home suddenly everything went very wrong. I was in the lowest gear, off the saddle, pedalling hard. I heard a terrible noise and felt something very very wrong happen in the back of the bike.

Between a bent derailer hanger, a hard climb, and a fairly flexible frame the rear derailer had made best friends with half the spokes on the right side of my rear wheel. The derailer itself was destroyed. The rear wheel was unrideable. I had to phone a friend and get a ride home on a holiday afternoon.

After that I let the bike sit. I thought about trying to rebuild the rear wheel, then I thought about buying a new wheel. But what I actually did was ride my old Schwinn single speed for months instead. Then I bought the Raleigh Tamland in September.

But I love my old Trek too much to let it sit dead forever.

Instead I ordered a complete set of 11-speed Shimano 105 components and compatible wheels and rebuilt the bike from the frame up. The parts and tools I needed arrived over three days, and I spent much of last Saturday building the bike. I took my time and walked through the whole process carefully, using the Shimano dealer manuals for reference. The brakes didn’t work with the frame—recessed nuts and not enough reach—but I expected that. I wouldn’t have bought them if it wasn’t a package deal, and I have a nice set of Tektro long-reach brakes I reused instead.

But other than that I’m kind of amazed how I was able to install a set of 2014 parts on a steel frame from 1984. 30 years of bike development and changes, but the basics are still the same. 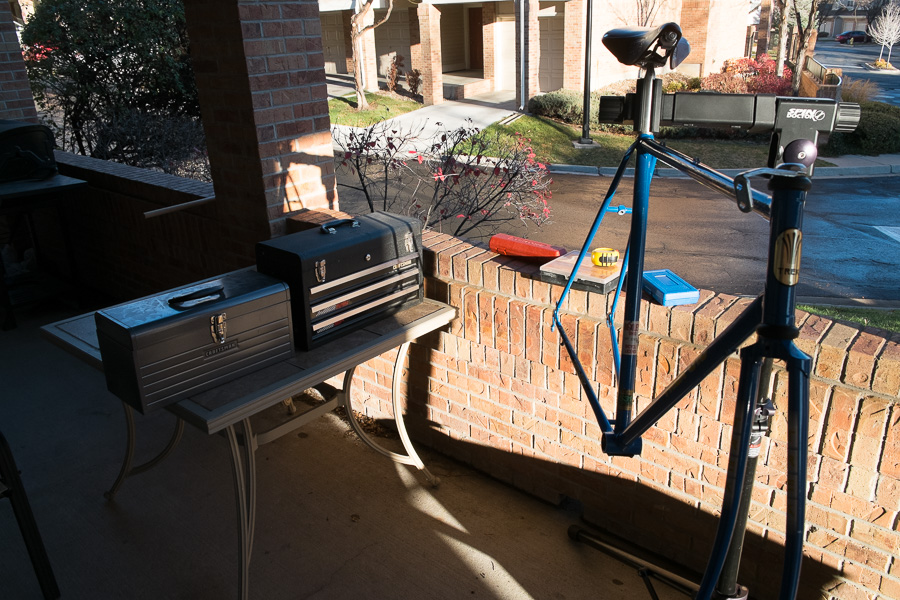 The build took me about 5 hours, and after a run and lunch I managed to get in one test ride on Saturday afternoon before the sun set. The bike feels amazing. It’s not a magic night and day change from the old bike, but everything is just slightly better. I feel like an old friend is back. The look is a little modern on the old frame, but since I bought silver components it still looks good. 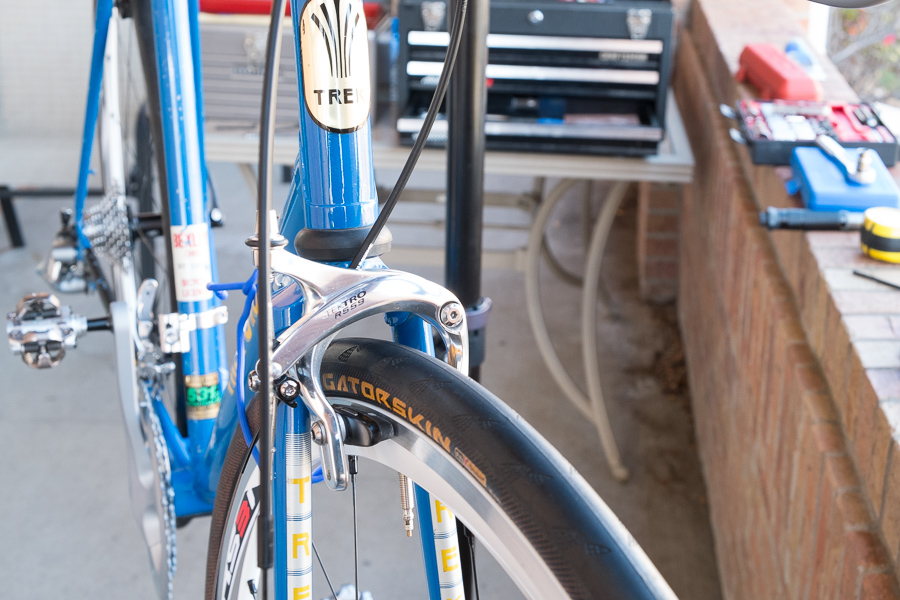 The only issue I have, which was apparent on the faster sections of my ride, is getting the cable tension right for the front derailer. The kit didn’t come with barrel adjusters, probably because it assumed the bike would have them on the downtube stops or that whoever was building the bike would know what to do. I didn’t think about it, and so I didn’t have one ready. I tried moving the downtube clamp I was using to increase cable tension but all I managed to do was crease the downtube when I overtightened it. I think it’ll be OK, but I feel bad about that. 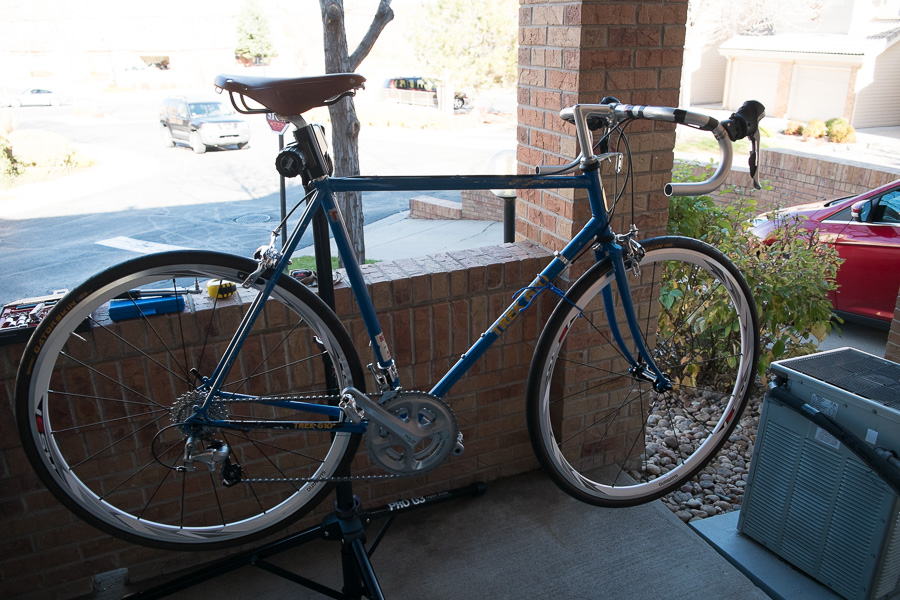 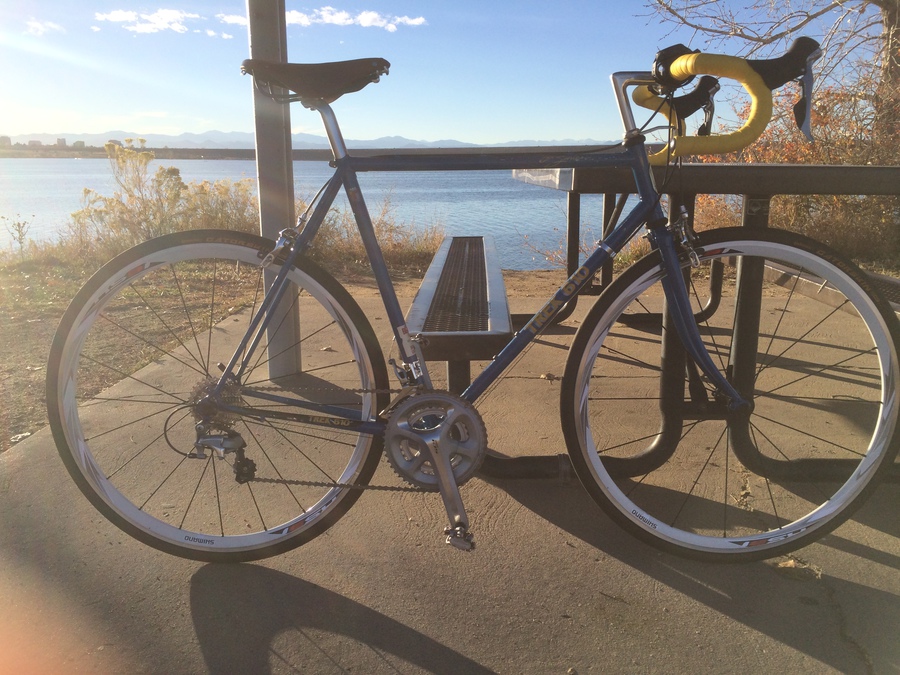 And now winter is moving in, so I may not get much time to ride it. But I’m still happy I spent the time to rebuild.