October came and went. I ran my solo half marathon, backed off on my running miles, rode my bike, spent some time in Iowa for Beerpig, watched part of the Des Moines Marathon, and watched all the leaves fall off the trees.

I also hit my 1,000 mile cycling goal early in the month, and rode a really excellent trail before meeting a friend for some beers. And I ordered a bunch of new components for my old Trek bike. Hopefully I can make the 2014 parts work on a 1984 frame.

I got a good picture of the lead runners in the marathon too. The man in blue with the number 4 bib won the whole thing, and set a course record. 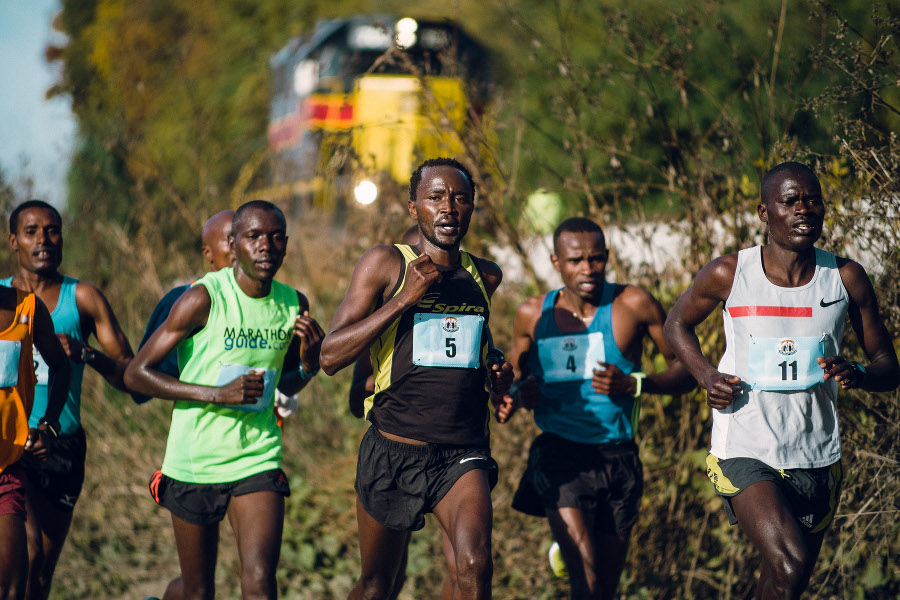 I did OK in October, though not as well as I might have hoped. I lost only 3 pounds because I spent almost two weeks eating too much. But I’m still losing weight and that’s what matters. The weather was good all month, and I tried to get outside a lot. But now the leaves are almost gone and the color of the landscape is back to pale blues, tans, and browns. We’ll be that way until spring comes back again.

And no, I don’t think I’ll hit my weight loss goal for the year. It was pretty ambitious anyways.