I’ve lived in Colorado for almost 5 years. In my second life I’m a photographer, and the light here has fascinated me almost since my first day in Denver.

There is something unique about the light in Colorado. On a clear day from Denver the mountains are truly stunning. In the early morning light the tallest peaks start to glow, while the foothills remain in shadow. On some mornings this glow is pink, on others blue, and in winter a brilliant white as the snow shines. The air is often clearest in the morning, and getting out early to witness the gradual transition to day is a joy.

In winter the landscape is dominated by pale grays and tans, and the sky is a pale blue. In the background the mountains show gray and white. I love this restricted palette. Photographs can seem almost black & white, but the soft blue glow of the sky shines through. 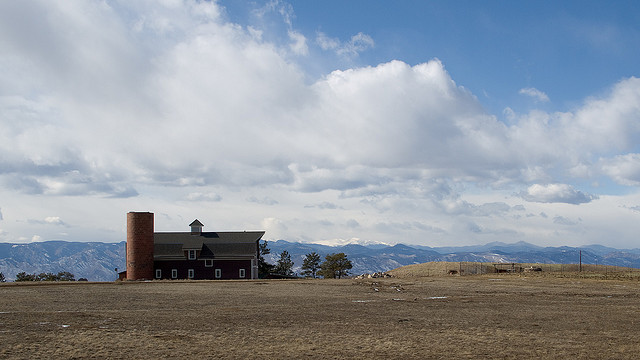 As we transition to spring the greens start showing, pale at first but growing stronger over time. Color starts returning to the world, and the light of the sun grows whiter. The high mountains still shine brilliant white, while lower shoulders shed their winter coats. In higher elevations the gray land lingers, but even they give in, and green valleys sidle up to mountain bases against a deep blue sky. 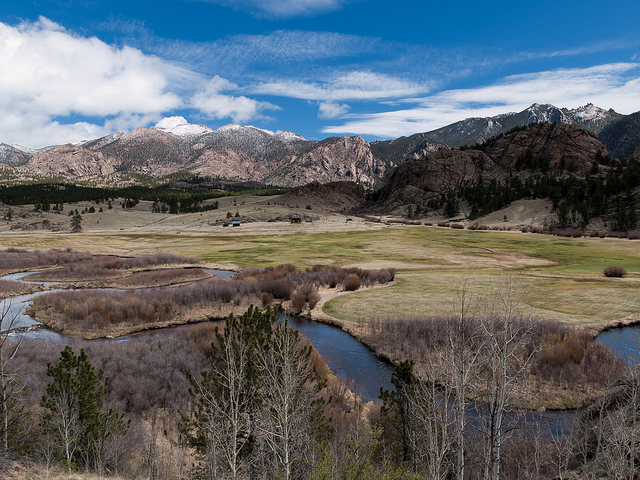 By midsummer the snow is gone and the peaks are reduced to their elemental rock. The grass is green and the sun is so bright that a white shirt can blind. The wilder prairie grass in the parks burns in the glaring light of the sun. Summer afternoons are no time for photography in Denver, as the light grows harsh and the heat bakes the air. In late afternoon, moving to evening, the clouds come and with them small, fierce storms. They roll through quickly, crackling with electricity, bringing rain and cooler air. The good storms push the dust and pollution of the city out across the plains, and bring clear morning air with mountains in sharp relief. 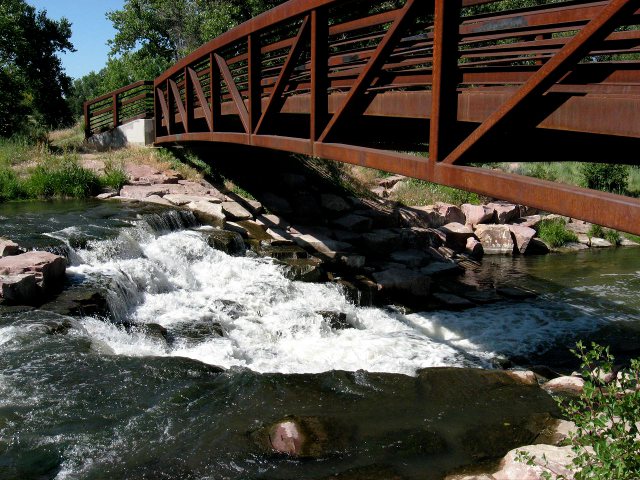 Summer often lingers long, and fall can seem to never come. In the foothills and mountain roads west of the city the aspens start their show. They may be brightest in late September, or they may wait until October. Hundreds flock to roads usually quiet to witness this annual show. Brilliant golden leaves against a pure blue sky, or buried against the dark green background of surrounding pines. In the city there is more variety, greens and golds and reds and browns, and long slanting shadows in the evening. October is a fine time for light in the city. 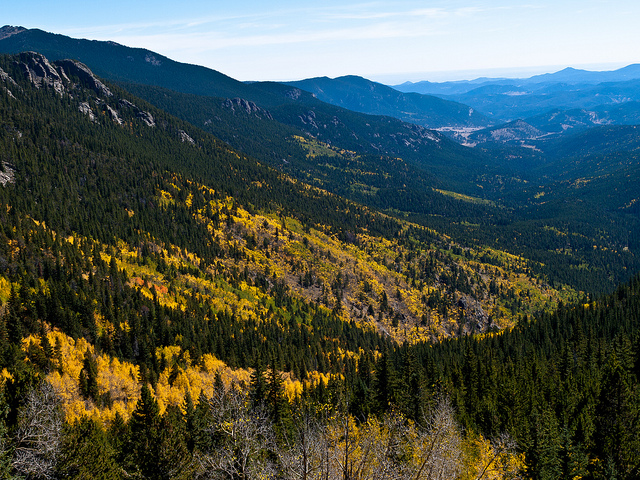 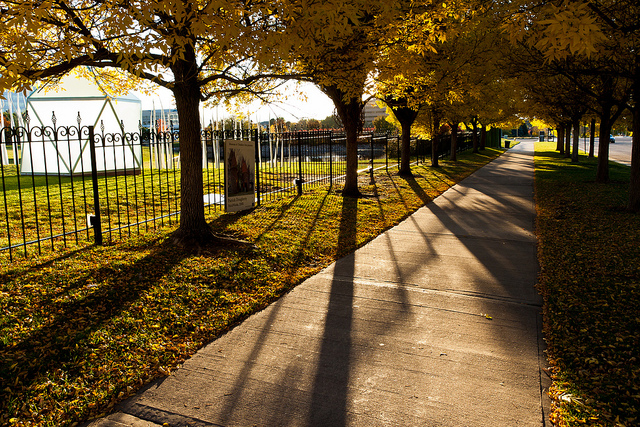 The best light at any time of year is in the morning. There is something unique about this light. In the morning light whites can be the purest, most elemental white, while reds and blues and greens sound their single notes of color. It’s as if there is no veil, no atmosphere at all between the sun and the city. 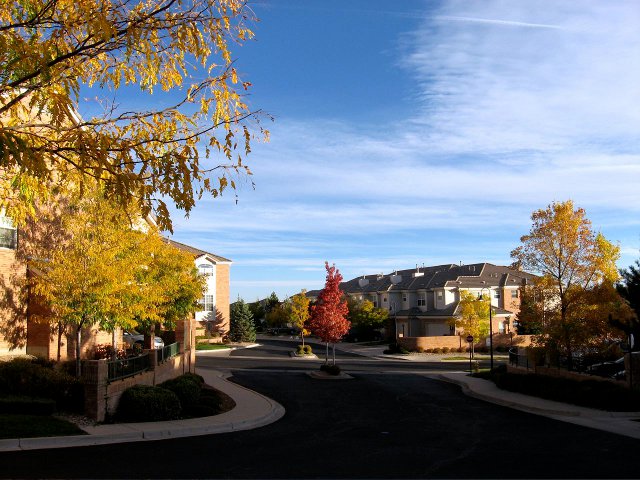