A couple of springs ago I got it in my head to buy a turntable. I put the blame on Iron & Wine, who was selling a deluxe 2 record version of Beast Epic on colored vinyl. I ordered it because it looked really neat (and came with a CD quality download), and then I had a problem.

I didn’t own a record player and had no way to play it.

I didn’t realize how much money I was going to spend as a result of a single purchase on a whim.

A long time ago I owned an old stereo unit with a record player, which I used to play my parents’ records and ones from the library, but that was long gone. I ended up ordering a pretty basic U-Turn Orbit turntable in red, and started waiting.

Not long after both the record and table arrived, and I got set up and playing. 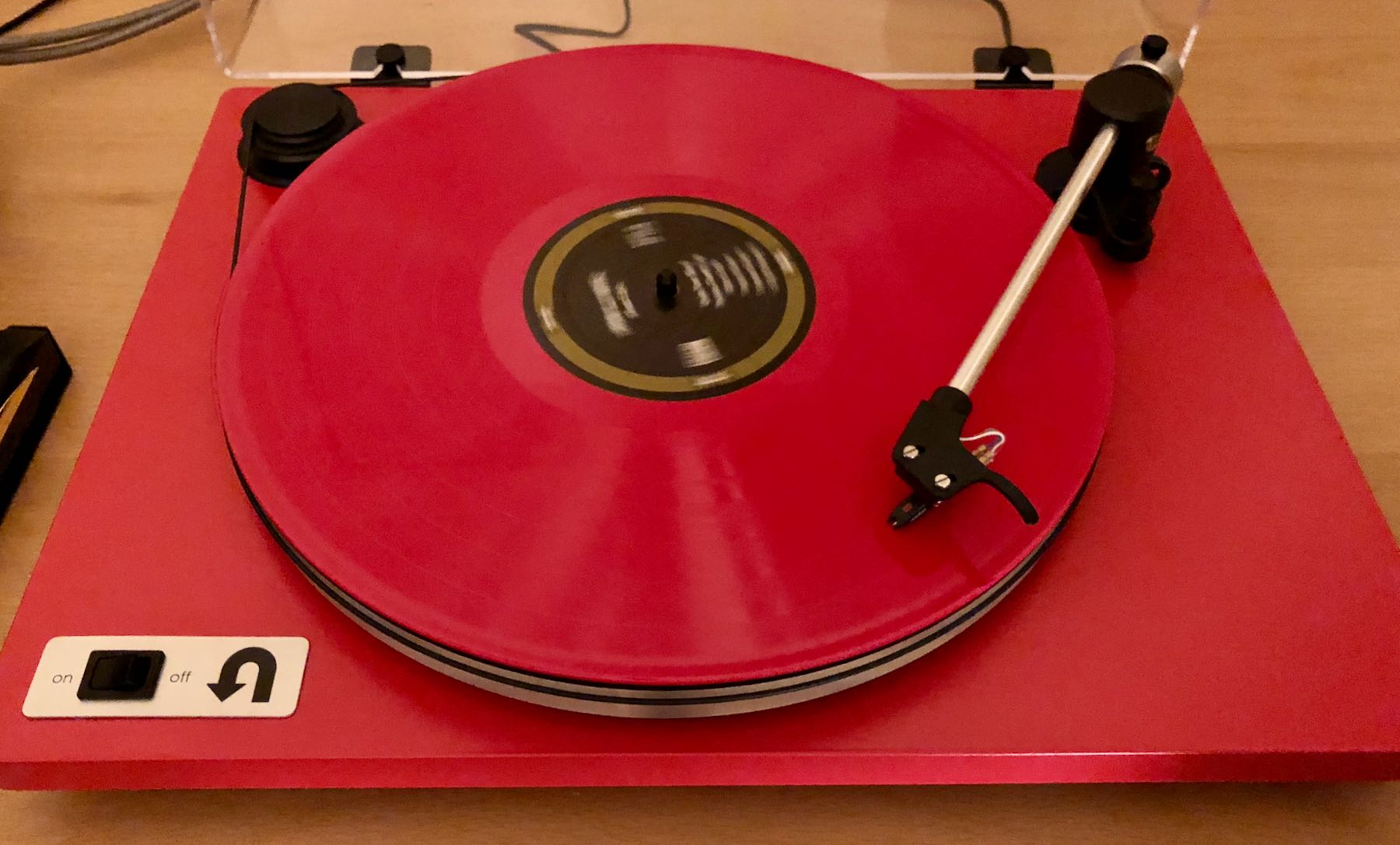 It wasn’t that long before I was ordering new pressings of some classic records, including Yes, Bowie, and The Beatles recordings from Amazon. Soon after I found myself spending hundreds at Barnes & Noble buying a bunch of indie rock and remasters of Springsteen, Pink Floyd and others.

It was all a bit unfocused, but it was fun.

It was also expensive to buy new records. I started looking at used record options, and spent a weekend going to every thrift store in the area. I bought a few LPs, a mix of classical and pop records, but at least in Denver Goodwill and the like didn’t seem like a good place to get used records that were in good shape.

Eventually I found Twist and Shout, the big record store on Colfax. Although it’s a pretty long drive from where I live it has a huge record section with a lot of used albums. I started going about once a month, buying a mix of new and used discs.

I started buying Supertramp records, because I remembered liking some of the singles that KGGO played when I was a kid. I started buying Heart records for the same reason, and I went from a casual fan of the radio hits to a real fan of their music and Ann Wilson’s incredible voice.

I found a copy of the original Dire Straits record in a small shop in Des Moines, and then proceeded to buy all of their records through Brothers in Arms. Then Crosby, Stills, & Nash, then Boston, then Creedence Clearwater Revival, The Who, some Bob Dylan, Stevie Ray Vaughan, Styx, and even Jethro Tull. Most were albums or bands I had listened to on KGGO, but now I was hearing more of what these bands had made over the years, and rediscovering songs I had almost forgotten (like Locomotive Breath, an amazing song).

I buy a lot of new records too (The National, Big Thief, Bon Iver, Grizzly Bear, Local Natives, Tycho, Joanna Newsom, etc.), but more than anything I’ve enjoyed rediscovering bands I loved when I was a kid.

More recently, I bought a new turntable from Schiit, which turned into an adventure on its own. The table was a brand new design; good, but with painful setup process and a bunch of small issues that hurt usability. I’ll quote myself from that forum post

Initial setup was a pain in the butt, and I would definitely recommend watching Schiit’s video first. I had to raise the platter height, and then adjust the pulley on the motor, height of the arm, and height of the queing mechanism to get everything working well.

I then spent way more time than I ever would have expected dialing the arm in. I had the same issues as others with the design of the headshell limiting my ability to adjust cartridge alignment. Although the slots were long enough to allow adjustment, I had to jam the tonearm wires right up against the back of the headshell. I eventually ended up with something acceptable but not perfect. I adjusted VTA by eye and ear, and azimuth by eye. But I keep fiddling with both.

Honestly I never expected to lose sleep over a turntable, but I was so uncertain about getting everything right and so frustrated with the alignment issues that I did. Schiit’s email about the beta program a couple days later helped, and it sounds like the comments from other beta testers have improved things.

I found myself an unexpected participant in a beta program testing out a revised tonearm and headshell design and a bunch of other small tweaks. I really like the table and it’s ridiculous looking design though.

I still go to the record store once a month or so. I look through new releases and go through used records, and most trips I find a few gems I want to add to my ever growing collection. I still stream a lot of music from Qobuz, but now when I find something new I want to buy I usually buy the vinyl version. Most new releases include download codes, which makes it easy. Some don’t, and in those cases I might record the LP to my computer, or I might just stream it when I want to listen on the go.

It’s been really fun to add vinyl to my music listening again, and to collect all these old and new records. I think it really renewed a love of music in me, of listening to it and of discovering new things, and of rediscovering classics. Since I got into it I’ve bought more CDs and downloads than I have in years too. And I get a real kick when I buy an piece of plastic more than a decade older than I am and it still sounds great.