A Saturday I needed

I had just the Saturday I needed.

Last week was rough. I had too much stuff going on at work: too many priorities, too many tasks, too many deliverables. I was on a short break from running after my half marathon, eating too much, drinking more than usual, unhappy with the rain, and generally feeling down.

But we got everything done, and I wanted to do something better with my weekend than just sit around Denver. I sent a text to my friend John on Friday and suggested we get together in the Colorado Springs area.

A run and a ride

Saturday morning was clear, cool, and bright. I started my day with a chilly 4 mile run, and saw more runners than I’ve ever seen on my regular trail. The trees were brilliantly colored, and one of the ponds had a lovely layer of fog as the sun burned off the thin layer of frost that built up overnight. My run was unstructured, and I mixed fast and slow periods as I went. My legs still need some time to recover from the half marathon, but the rest of me felt amazing.

After my run I put on a red shirt, loaded my red bike into my red car, and drove down south to Palmer Lake to try out the New Santa Fe Regional Trail, an unpaved rails-to-trails route that parallels the interstate for a while until it gets to the Air Force Academy, where it winds through more hills and trees. The weather was still perfect, and the trail started out downhill. Because of recent heavy rain parts of the trail were soggy and slow, but it was mostly in good shape. I rode 15 miles south before turning around and heading back uphill. 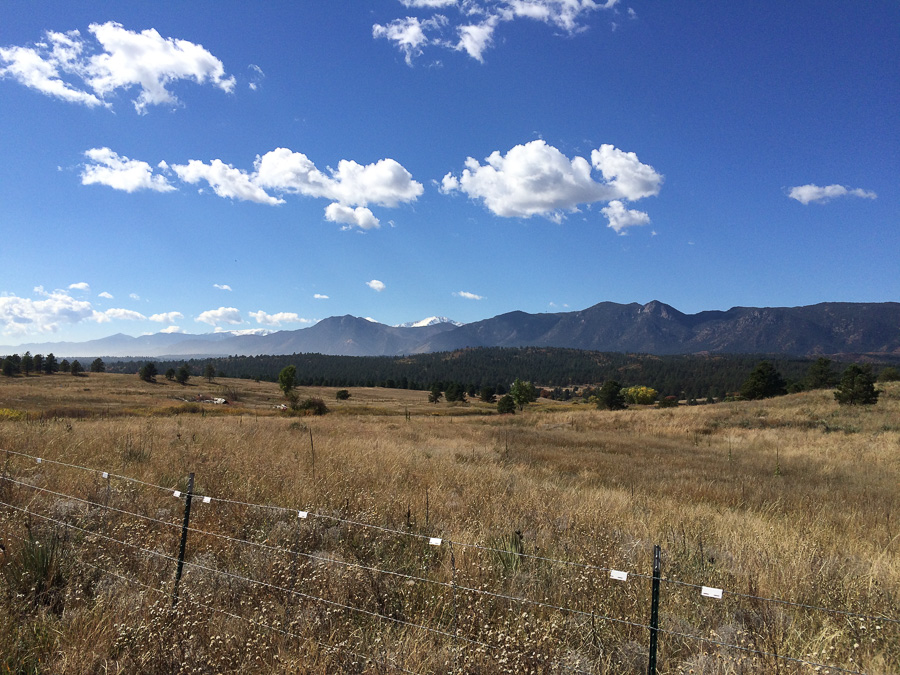 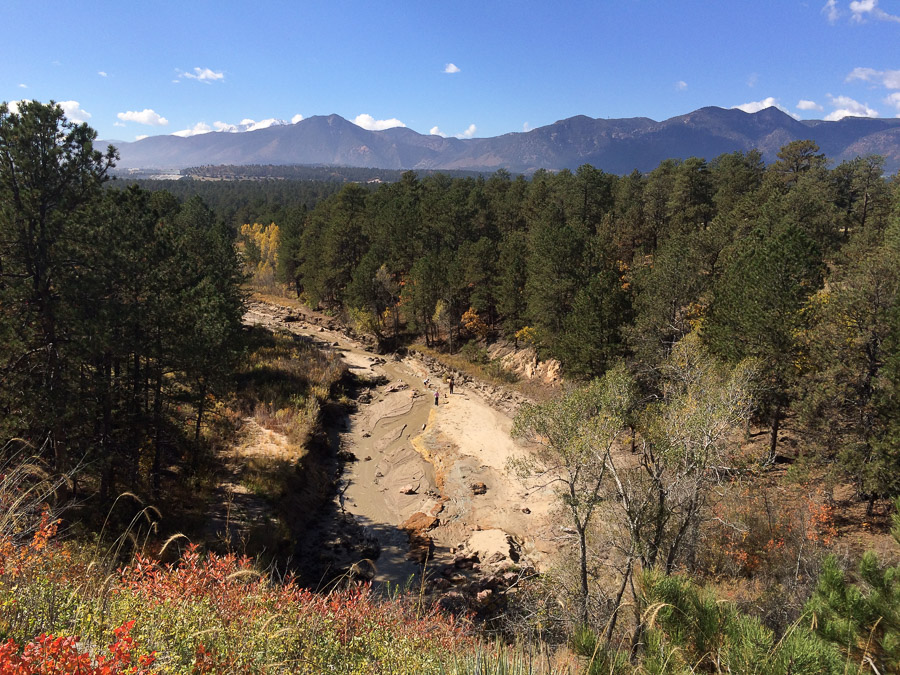 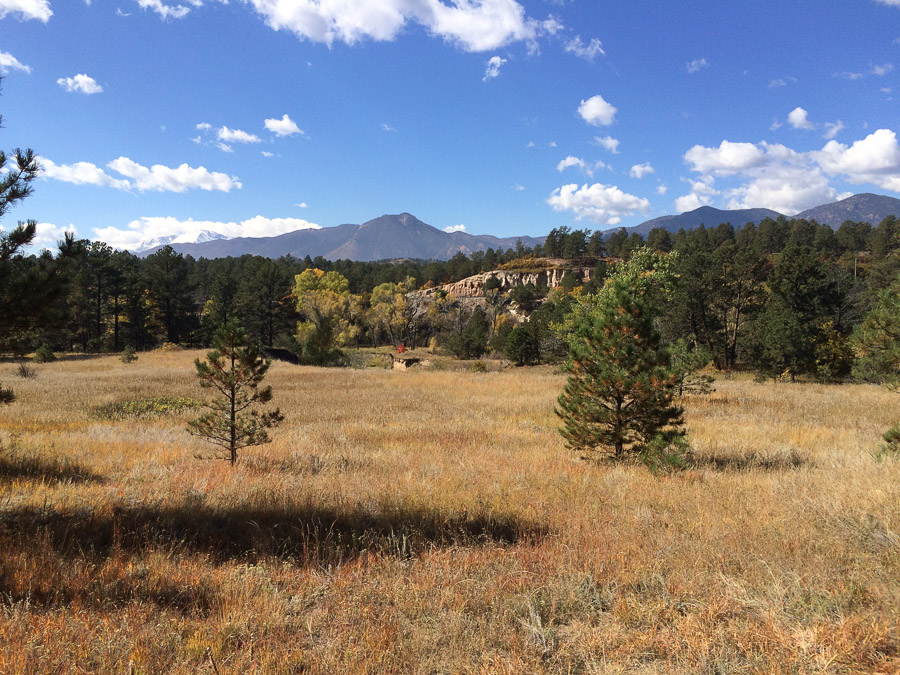 Most other riders were on mountain bikes, but I saw a couple people on cyclocross bikes. The wide 40mm tires on my bike did well on the soft trail surface, and the lower gears were plenty for the short steep climbs. 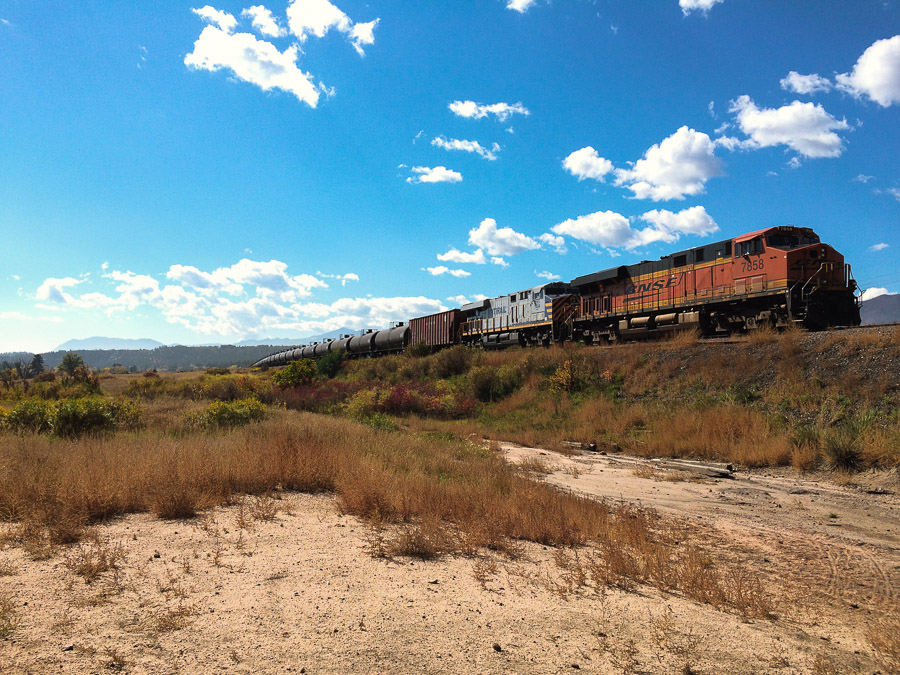 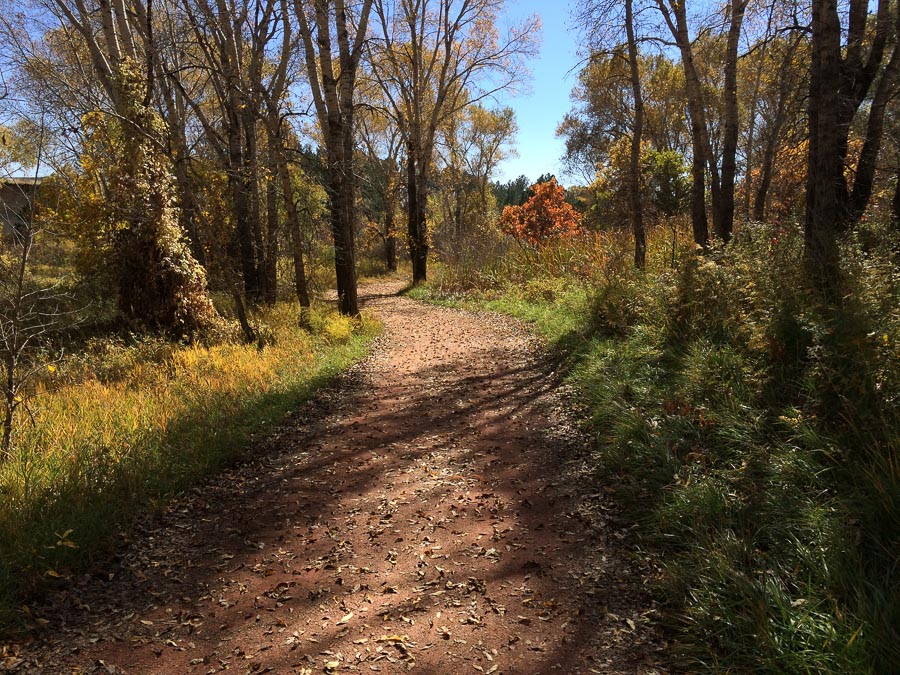 I even overcame my general aversion to stopping while on a ride to actually take some photos. I only had my iPhone, but as they say the best camera is the one you have with you. 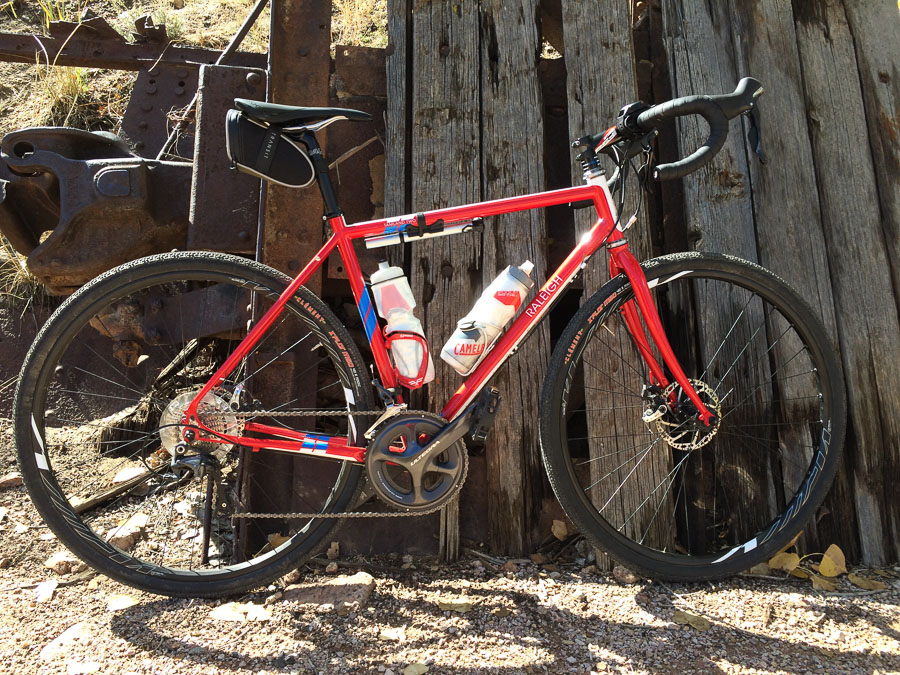 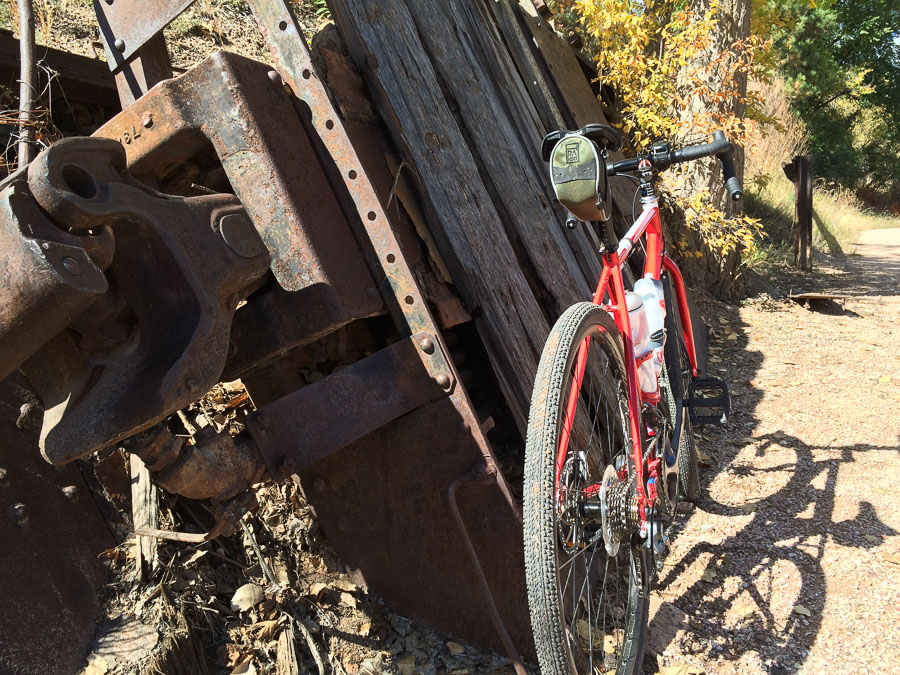 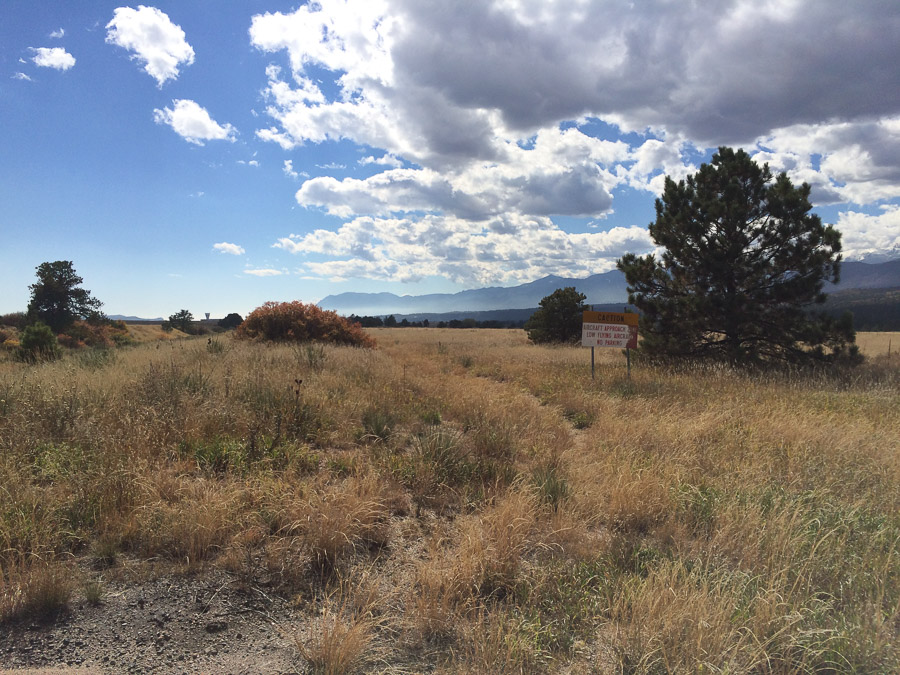 I joked in my last post that “I planned to hit my thousandth mile of the year on some long weekend ride in lovely fall weather, on my beautiful red Tamland.” Well I may have hit 1,000 miles one ride early, but this was that ride I imagined. 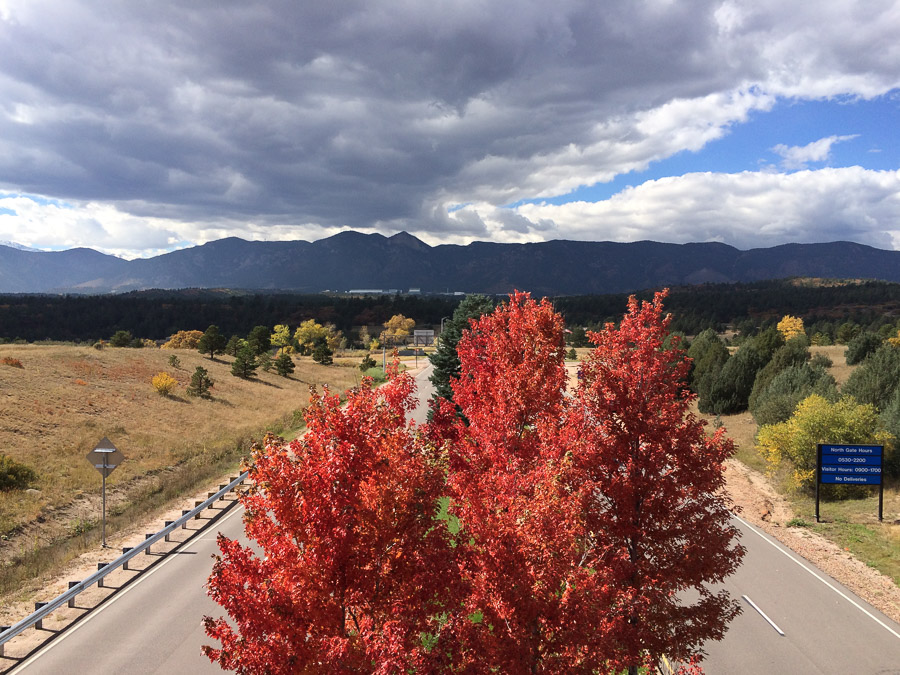 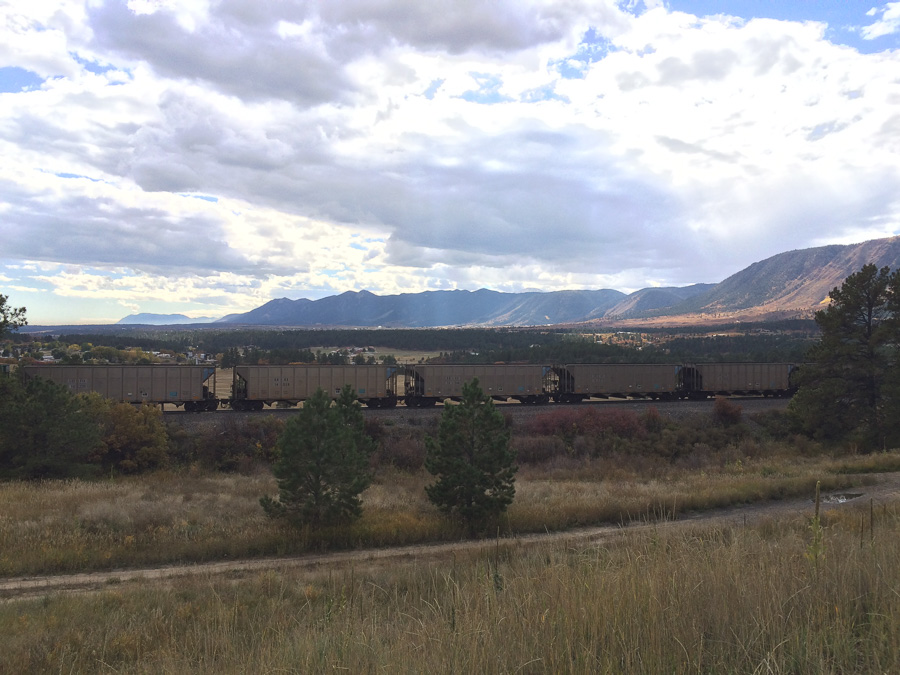 Catching up with a good friend

Before I left for my ride I sent John a text asking if he’d like to meet for a late lunch. I hadn’t seem him since May and I was already going to be most of the way to Colorado Springs on my ride. He was game, and suggested we meet at a the Manitou Brewing Company in Manitou Springs. Solid beer and solid food, just like he said. I had a nice refreshing sour, a couple commons, and a tasty burger. I also had a great conversation with someone I love who I hardly ever get to see.

After lunch and a couple of beers I followed John down to Colorado Springs where we stopped at Bristol for the afternoon. Bristol moved into an old school building, which includes a coffee shop, bakery, kitchen, and is really all kinds of amazing. Good beer too. They’ve hit 20 years in business now, which is pretty darn good for our local microbreweries. And John and I had time to continue our conversation before it started getting late and it was time to head back home. 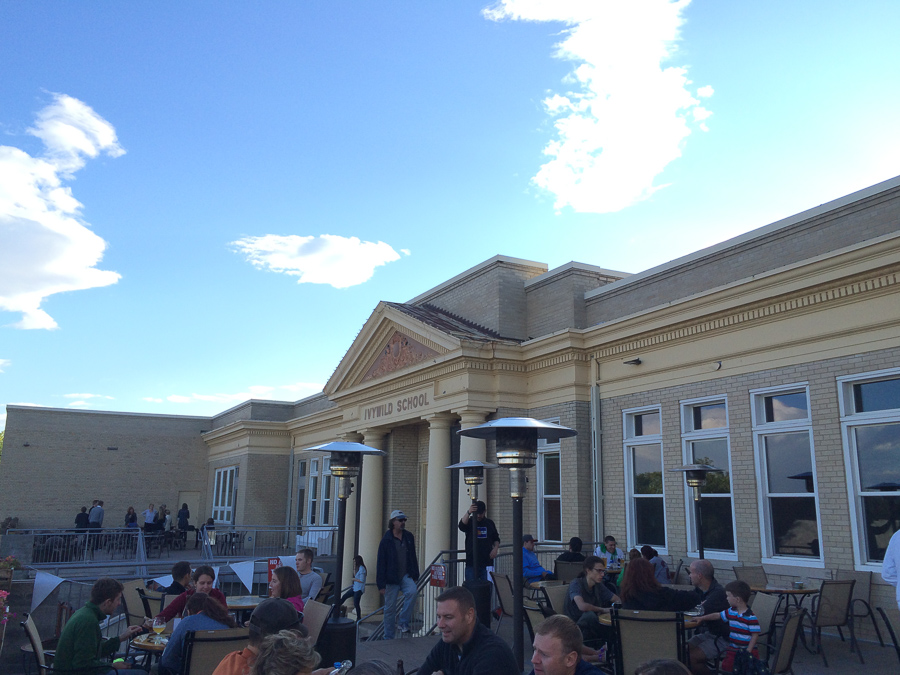 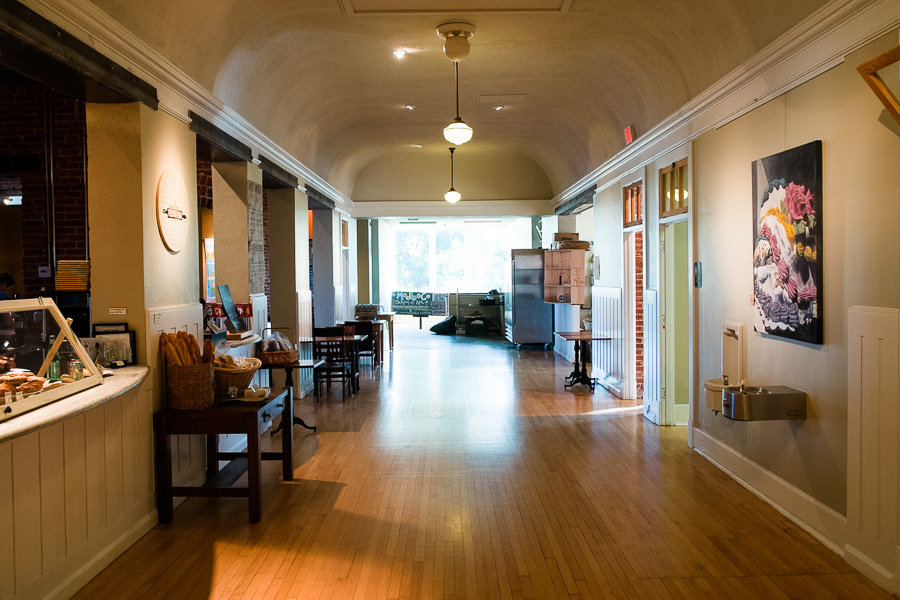 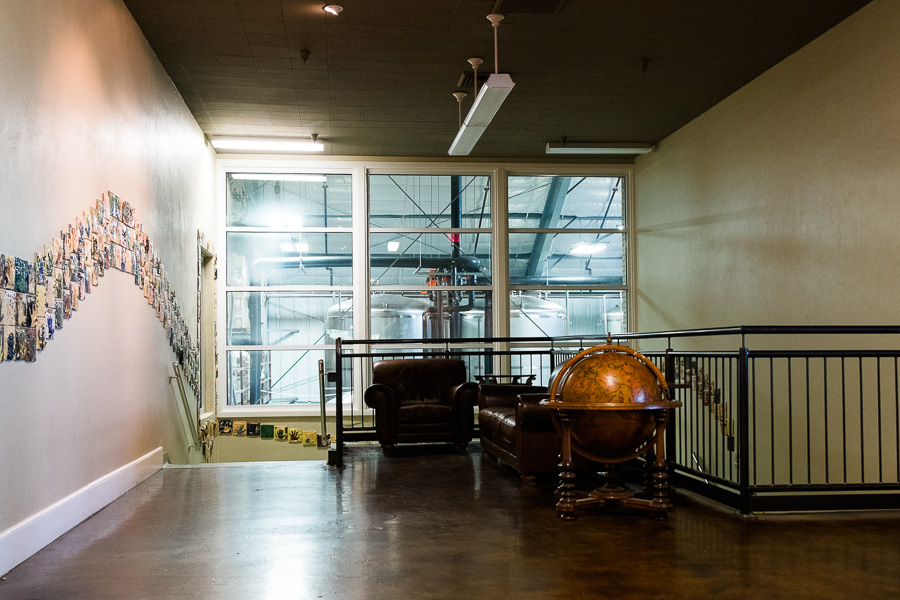 It was the best kind of Saturday. And incidentally the bike rack I built kept my Tamland safe and sound all day.